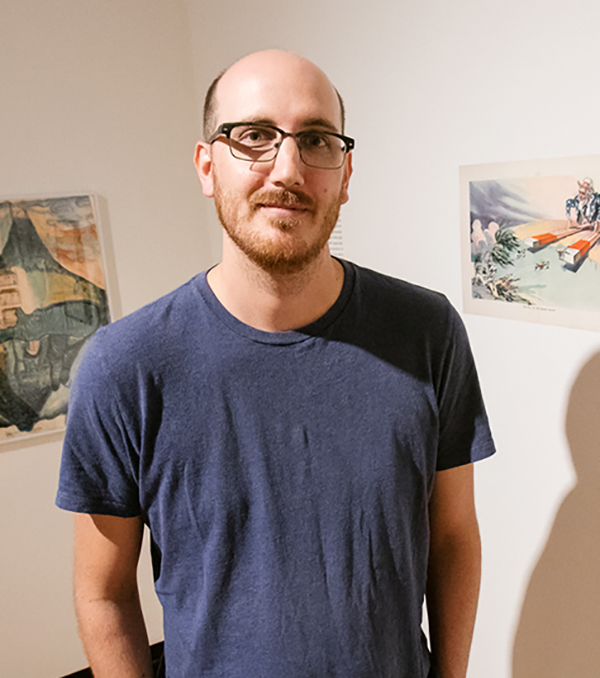 In conjunction with the Northern Triangle exhibition in W&L's Staniar Gallery, artists Mark Menjivar and Jason Reed will speak about their work with the Borderland art collective. Borderland Collective is a long-term art and education project that utilizes collaborations between artists, educators, youth, and community members to engage complex issues and build space for diverse perspectives, meaningful dialogue, and modes of creation and reflection.  Based out of Texas State University, Borderland Collective started in 2007 in the small oil town of Big Lake, Texas by public school teacher Ryan Sprott and artist Jason Reed. The project has worked in various and fluid ways with a few hundred participants to date, each of whom has been an integral part of our work.

Mark Menjivar is an artist and photographer based in San Antonio, TX. He has been included in exhibitions at The Houston Center for Photography, The San Antonio Museum of Art, The Wignall Museum of Art, The University of Wisconsin-­Milwaukee, Baylor University, The Southwest School of Art and Central Michigan University. Mark's work has been featured by National Geographic, Artforum, TED, NPR, The New York Times, The New Yorker, The Village Voice, Gastronomica, Orion Magazine, GUP Magazine and dozens more. He earned his BA in Social Work at Baylor University and his MFA in Art and Social Practice at Portland State University.

Jason Reed is co-founder and director of Borderland Collective and Associate Professor of Photography at Texas State University. He has created gallery and public space exhibitions of collaborative work in Texas, Illinois, Brooklyn, Washington, D.C. and Mexico City. His individual work has been exhibited as such places as Co-Lab Gallery (Austin, TX), Vanderbilt University (Nashville, TN), Galerie Reinthaler (Vienna, Austria), Dallas Contemporary (Dallas, TX), and the Harry Ransom Center at the University of Texas, Austin. Jason holds a BA in Geography from the University of Texas and an MFA in Photography from Illinois State University.

The Mudd Center is a co-sponsor for this Staniar Gallery event.