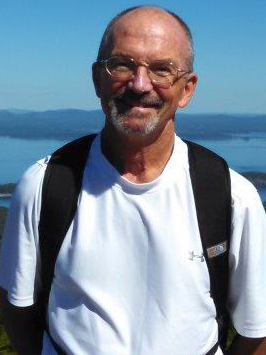 William F. Connelly, Jr. is the John K. Boardman Politics Professor. He has a Ph.D. in American government from the University of Virginia and an M.A. in political philosophy from Boston College. Before beginning his academic career, Professor Connelly worked for the Connecticut General Assembly. He was an American Political Science Association Congressional Fellow in 1985-86 working as a Legislative Assistant for Congressman Dick Cheney and Senator Richard Lugar. In 1991-92 he was a Guest Scholar at the Brookings Institution. His research interests focus on congressional politics, including co-authoring with John J. Pitney, Jr. Congress' Permanent Minority? Republicans in the US House. Professor Connelly has published articles in such publications as Political Science Quarterly, the Journal of Political Science, Commonsense, The Chronicle of Higher Education, Southeastern Political Review, PS: Political Science and Politics, Roll Call, The Hill, The Forum, and the Carl Albert Center’s Extensions.. He teaches courses on Congress, the Presidency, the American Political Process, and the thought of James Madison and Alexis de Tocqueville. Professor Connelly directs Washington and Lee University's Spring Washington Term Program which he founded in 1987. He has been faculty advisor to W & L's Mock Convention since 1988. In 2007 Prof. Connelly received the Virginia Council of Higher Education Outstanding Faculty Award. In 2011, Professor Connelly served as a Guest Scholar at the Center for the Constitution at James Madison's Montpelier. His most recent book is titled James Madison Rules America: The Constitutional Origins of Congressional Partisanship. Professor Connelly's wife, Rebecca, is a U. S. Bankruptcy Court Judge. They have two children, Benjamin and Caroline.