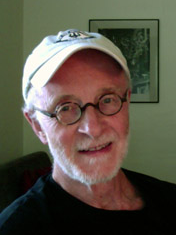 The J. Donald Childress Professorship in Foreign Languages, established in 2008, supports a distinguished professor who is both an accomplished scholar and exceptional teacher in one of the foreign languages offered in the College, preferably Spanish. The Professorship is managed by the Provost in consultation with the dean of the College. The endowment is the gift of J. Donald Childress '70. Mr. Childress established the Professorship through a gift announced on the first day of the University's new campaign in 2008 in response to the Lenfest Challenge for Faculty Support.