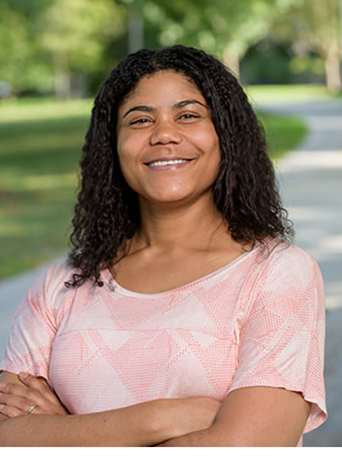 Nineteenth and Twentieth-Century Africa. The Atlantic World. Civil Wars. Youth History. Labor and Social Movements. Women’s History.
Henryatta L. Ballah is a historian of Nineteenth & Twentieth- Century Africa. Her scholarly research and teaching focus on ‘bottom-up’ history, meaning an emphasis on the ideas and methods of ordinary people dealing with complex issues within their particular historical moments. Emphasis on the ‘grassroots’ will continue to inform her course content, historical methods and pedagogical goals.

Her current manuscript, Listen, Politics is Not for Children: Adult Authority, Social Conflicts and Youth Survival Strategies in Post-Civil War Liberia explores the historical economic, social and political experiences of Liberian youth, since the beginning of the Republic in 1847. It argues that despite their marginalization by the state, youths have played an integral role in the quest for democratization in the country, especially since the 1950s. The manuscript is the first detailed history of Liberian youth from the nineteenth into the twenty-first century.

The next research project she has embarked on, titled “Rubber is Slavery: Labor and the Firestone Rubber Company,” examines the company’s labor policies and workers’ protest on its one million acres plantation in Liberia from 1925 to 1970. Her research has been supported by numerous grants and fellowship, including a 2020 Career Enhancement Fellowship from the Woodrow Wilson National Foundation.

Professor Ballah’s research has been presented at numerous conferences— both domestic and international, including the annual African Studies Association Conference and at the University of Liberia, West Africa.

Youth and Social Movements in Africa, African Women, and Terrorism in Contemporary Africa

In 2012, she was awarded an Outstanding Teaching Award by The Panhellenic Association and The Interfraternity Council at The Ohio State University.

Prior to joining Washington and Lee University, she was a Consortium for Faculty Diversity Post-Doctoral Fellow at Oberlin College from 2013-2015. In 2016, she joined the History Department at Connecticut College as an Assistant Professor of History- a position she held until June 2020.