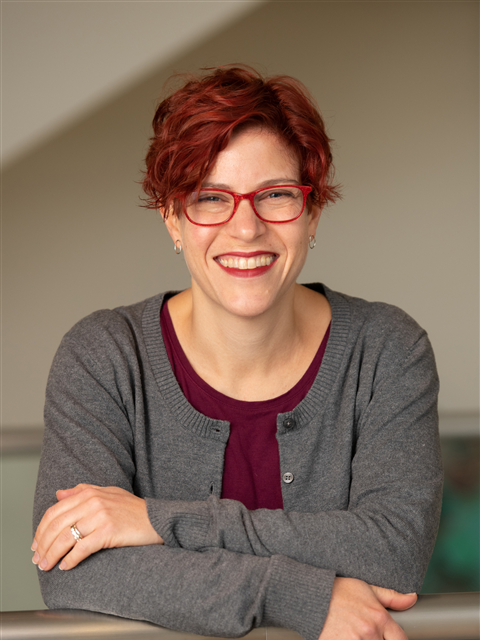 In over twenty years as a professional director, Professor Levy started and ran Runamuck Theatre Company in Austin, Texas; was an Artistic Associate with Kings County Shakespeare Company in Brooklyn, NY; and was the founder and Producing Artistic Director of Muse of Fire Theatre Company in Evanston, IL, which successfully ran for 10 years before closing its doors in 2018.  She has directed critically-acclaimed productions all over the country and made her international directing debut in Prague in 2019. She has also taught theatre in Missouri, Indiana, Illinois, Virginia and New York.  In addition to her artistic work as a director, Professor Levy has also written reviews, scholarly articles, and a few plays.

Professor Levy is interested in the intersection of scholarship and performance. She delights in the ways her academic inquiries can affect her artistic work, and the ways her productions can spark new academic inquiries.  She is particularly interested in the relationship between audience and performer, and often uses direct address in her productions to explore this.  As a director, her work runs the gamut, from new work to musicals to modern classics to ancient Greek texts, but Shakespeare's plays remain her greatest passion.

For Washington and Lee: