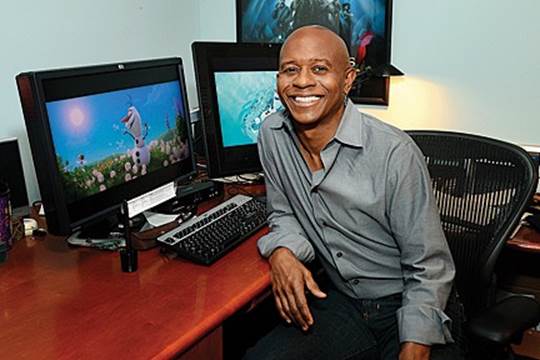 Marlon West has had an extraordinary career in both 2D and computer graphics animation, including serving as Head of Effects Animation on Frozen, which received the Academy Award for Best Animated Feature, and Moana, which was nominated for the Academy Award for Best Animated Feature and won the award for "Outstanding Achievement, Animated Effects in an Animated Production" at the IFSA's 44th Annie Awards. West also worked on two Academy Award winning shorts, Feast, for which West served as Head of Effects Animation, and Paperman. Additional credits include Head of Effects on Atlantis: The Lost Empire and Home on the Range, Effects Animation Supervisor on The Princess and the Frog, Visual Effects Supervisor on Winnie the Pooh (2011) and Assistant Effects Supervisor on the "Rhapsody in Blue" sequence of Fantasia/2000. West started his career at Walt Disney Animation Studios in 1993 as an effects animator on The Lion King (his task was to add the dust cloud effects to the famous wildebeest stampede scene), and he went on to work on effects animation in numerous beloved features including Pocahontas, Hunchback of Notre Dame, Hercules, Mulan, Tarzan, and The Emperor's New Groove. On Pocahontas, among other things, West designed and animated the effects for Grandmother Willow, Pocahontas's aged advisor.

Always a music fan, West has worked as a DJ in various venues and styles. A native of St. Louis, West resides with his daughter and thousands of CDs and records in Glendale, California.

Register here for the keynote luncheon with Marlon West on Friday, March 17th from 12:00-2:00pm in Evans Hall.