Helen Fisher Research Professor and member of the Center for Human Evolution Studies in the Department of Anthropology, Rutgers University 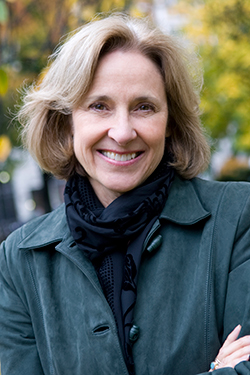 Biological Anthropologist, professor, and author Dr. Helen Fisher is a leading expert on the biology of human personality and a pioneer in examining the neurochemistry of leadership. Her groundbreaking research in the field of business chemistry has helped determine how biological personality styles can be used to hire, build teams and corporate boards, advertise, and succeed at work.

The Chief Scientific Advisor to Match.com and chemistry.com, Dr. Fisher collects data from her questionnaire, the Fisher Temperament Inventory Test, which has been taken by 13 million people worldwide. Looking at four styles of thinking and behaving, she reveals how to recognize and influence each temperament and how individuals work, buy, innovate, follow, and lead.

"The more we come to understand the neuroscience of personality, says Fisher. "The better we will be able to make rewarding partnerships, build better work teams, and create better relationships between men and women, teachers and students, parents and children, doctors and patients, and colleagues and clients."

She has written five international bestsellers on the brain science of human social behavior. Her latest, Why Him? Why Her?, explained how the brain's chemical systems encourage people to find partners who complement their own way of thinking and behaving, which has helped organizations recruit for and enrich their operations.

Dr. Fisher was a research associate at The American Museum of Natural History for more than a decade. A Research Associate in the Department of Anthropology at Rutgers University, she has appeared on Dateline NBC, Anderson Cooper, Charlie Rose, 20/20 and Primetime Live. In October of 2012, Fisher examined the genetic leadership styles of Presidential-nominee Mitt Romney and President Barack Obama. Her articles have appeared in New Scientist, Huffington Post, and Newsweek. A documentary film based on her work, Sleepless in New York, premiered in April 2014.