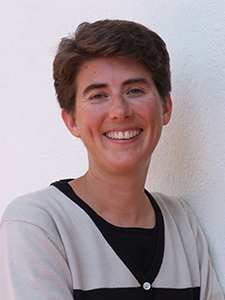 Professor Smith joined the W&L Department of Philosophy in 2009 as an Associate Professor of Philosophy after teaching for ten years at the University of Washington in Seattle. In 2013 she was appointed to be the first Roger Mudd Professor of Ethics and the Founding Director of the Roger Mudd Center for Ethics, a position she held until 2018.  She teaches a variety of courses in moral and political philosophy as well as ancient philosophy.

Professor Smith’s research interests concern the connections between morality, moral agency, and moral responsibility. She is co-editor of the Oxford University Press book The Nature of Moral Responsibility (2015), and has published numerous articles exploring whether, and if so in what way, we are morally responsible for our attitudes – for our desires, emotions, beliefs, and other intentional mental states. In 2013 she received a fellowship from the National Endowment for the Humanities to conduct summer research, as well as a Laurence S. Rockefeller Faculty Fellowship to spend the 2013-2014 school year at the Princeton University Center for Human Values.