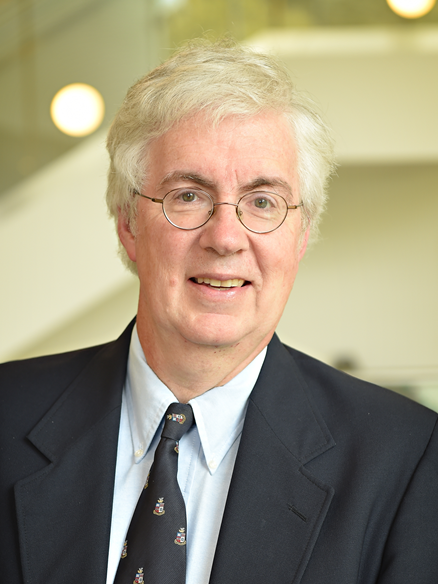 A versatile keyboard artist, McCorkle has performed as organist, harpsichordist, and pianist in solo and ensemble performances throughout the eastern United States and Europe.  His research has centered on 17th- and 18th-century French and Italian vocal and keyboard styles, and he is well known for his expertise in keyboard realization. Neighboring communities have applauded his performances as keyboardist with Opera Roanoke, the Ovation Singers of Staunton, the Alleghany-Highlands Chorale, and the choirs of Trinity Episcopal Church (Staunton) and Christ Episcopal Church (Roanoke). Long devoted to the realm of singing, he is in demand as an accompanist and coach of vocal solo and choral repertoire. He is an adjunct  keyboard instructor at Washington and Lee University.

William McCorkle, in his thirty-first season as artistic director of the Rockbridge Choral Society,  has led the group in critically acclaimed performances of oratorios and choral masterworks  by Bach, Handel, Haydn, Mozart, Mendelssohn, Brahms, Schubert, Purcell, Britten, Poulenc, Duruflé, Honegger, and Copland, while also devising programs venturing into opera, folk, popular music, and musical theater. As organist and director of music for Lexington Presbyterian Church since 1979, McCorkle has continued the church’s long tradition of music ministry in the community.  He has led the choirs of the church in performances of major works and has given frequent solo and chamber concerts as organist and pianist. In recent years, he has turned his attention to composition, particularly of choral, solo vocal, and instrumental music for liturgical and concert use.

William McCorkle is a graduate of the Phillips Exeter Academy and of Amherst College, where he subsequently served for two years as the first graduate Teaching Fellow in Music, and later as Acting Director of Choral Music. He received fellowships for two years of study, research, and performance in Paris, France, working with legendary teachers Nadia Boulanger and William Christie.  Returning from France, he pursued graduate study at Yale University.  He is a graduate of the four-year Education for Ministry program of the University of the South, and he was inducted into honorary membership in Omicron Delta Kappa, the national leadership Fraternity, at Washington and Lee University in 2001.