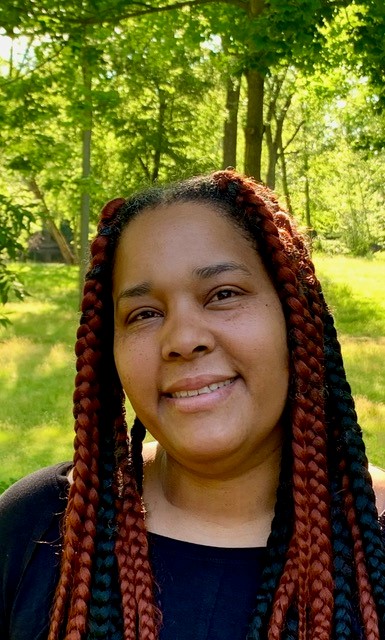 Talk Title: "Philosophy is Not a Luxury"
CANCELLED

Kristie Dotson's research addresses how knowledge-related concerns play a role in maintaining and obscuring oppression. She works in epistemology, Black feminist thought and explorations of philosophy as both an art and a profession.

Dotson has published widely in academic journals including Journal of Social Philosophy, Applied Epistemology, Hypatia, Comparative Philosophy, The Black Scholar, Transactions of the Charles S. Peirce Society and Social Epistemology. She is currently working on a monograph entitled "Bad Magic: Normative Epistemology in a World of Difference" (Oxford University Press).

Dotson has engaged in varied advocacy platforms against educational inequities. She is part of the coalition #WhyWeCantWait that challenges the way current visions of racial justice are constructed to outlaw open concern for women and girls of color.

She has been a Senior Fellow at the Center for Intersectionality and Social Policy Studies at Columbia Law School and held visiting professorships at Yale, University of Auckland, Carleton College, and Santa Clara University.

Dotson earned a Ph.D. in philosophy from the University of Memphis.