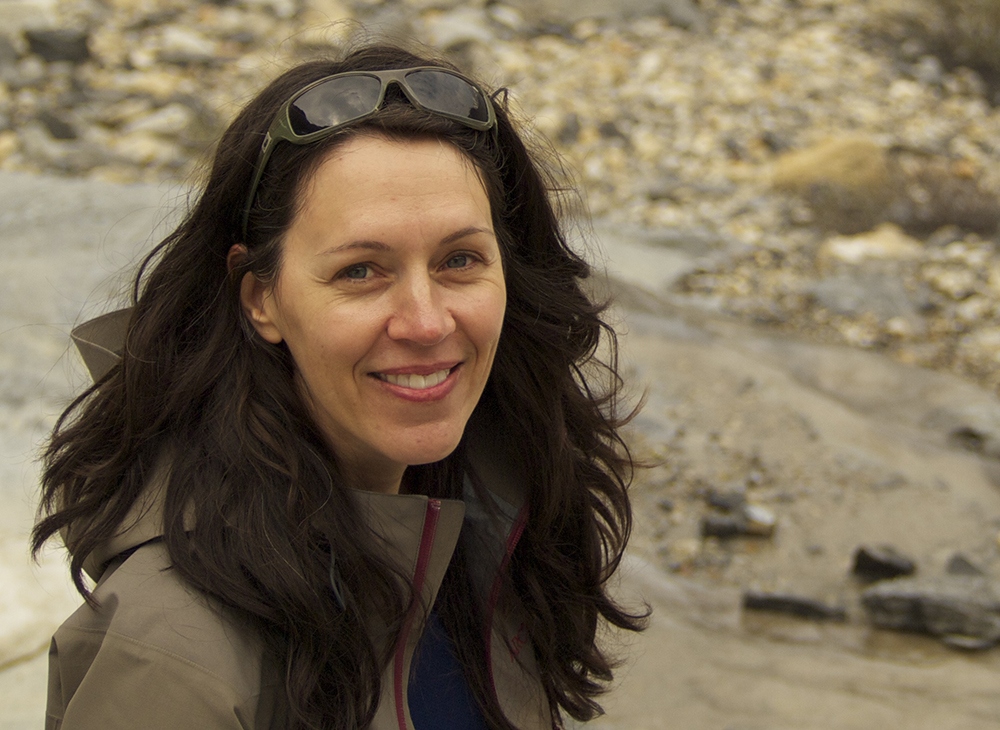 "Theatre can help us surface the questions that science doesn't have time to ask. Gathering around stories is one of the most powerful tools we have to strengthen our values and create a more just and sustainable world."

Chantal Bilodeau is a playwright and translator whose work focuses on the intersection of science, policy, art and climate change.

As artistic director of The Arctic Cycle, she has been instrumental in getting the theatre and academic communities, as well as diverse audiences in the U.S. and abroad, to engage in climate action through programming that includes live and online events, talks, publications, workshops, national and international convenings, and a worldwide distributed theatre festival.

Bilodeau has earned several playwriting awards, including the Woodward International Playwriting Prize, as well as first place in the Earth Matters on Stage Ecodrama Festival and in the Uprising National Playwriting Competition. Her plays and translations have been presented in over a dozen countries around the world.

In addition to curating HowlRound Theatre Commons' only recurring blog series, "Theatre in the Age of Climate Change," she has written on the same subject for American Theatre Magazine, the Center for Energy and Environmental Research in the Human Sciences, Future Earth, and the World Policy Institute. She has contributed to several academic volumes including, most recently, "International Climate Protection" and "Extraordinary Partnerships: How the Arts and Humanities are Transforming Society".

She is currently writing a series of eight plays that examine the social and environmental changes taking place in the eight Arctic states. In 2019, Bilodeau was named one of "8 Trailblazers Who Are Changing the Climate Conversation" by Audubon Magazine.

Originally from Tiohtiá:ke/Montreal, Bilodeau is now based in New York City.