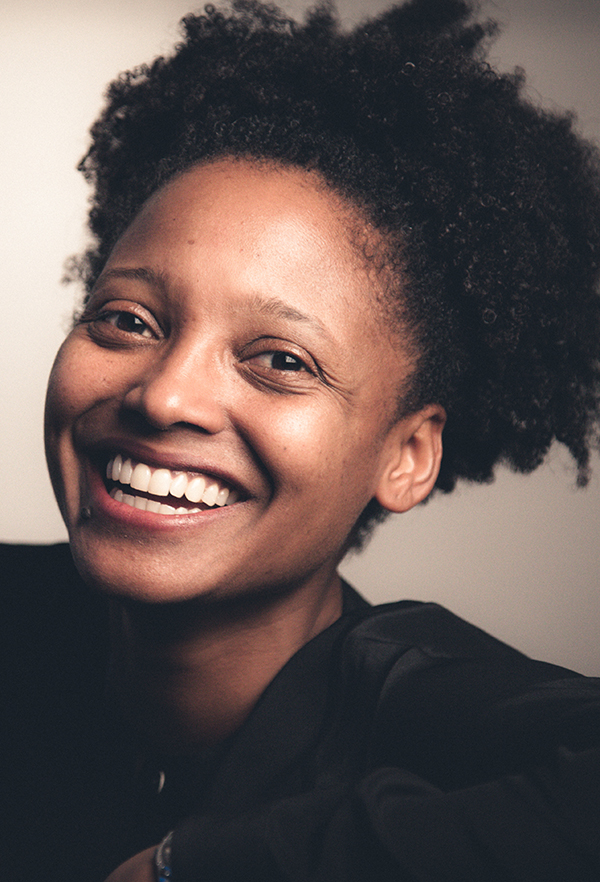 Talk Title: This Message Going Out to All of Space
EVENT CANCELED
Stackhouse Theater

Tracy K. Smith was appointed as the U.S. Poet Laureate in June, 2017 and reappointed for a second term in March, 2018. She won the Pulitzer Prize for Poetry in 2011 for her book, Life on Mars. One reviewer wrote: "Life on Mars is an extraordinary collection that will no doubt draw new readers, intrigued by what poetry is able to achieve. Life on Mars' rich tapestry traverses a broad spectrum of modern experience, linking pop-culture to science and the geography of human pain, forgiveness and transcendence." She teaches creative writing at Princeton University and hosts American Public Media's daily radio program and podcast The Slowdown, sponsored by the Poetry Foundation.

Prof. Smith earned a B.A. from Harvard University and an MFA in creative writing from Columbia University. From 1997 to 1999, she was a Stegner Fellow at Stanford University.

Prof. Smith's other books of poetry are: The Body's Question (2003), which won the Cave Canem prize for the best first book by an African-American poet; Duende (2007), winner of the James Laughlin Award and the Essense Literary Award; and Wade in the Water (2018). In 2014, she received the Academy of American Poets fellowship. She also has written a memoir, Ordinary Light (2015), which was a finalist for the National Book Award in nonfiction.

In a 2018 interview, Prof. Smith said, "You want a poem to unsettle something. There's a deep and interesting kind of troubling that poems do, which is to say: ‘This is what you think you're certain of, and I'm going to show you how that's not enough. There's something more that might be even more rewarding if you're willing to let go of what you already know.'" As Poet Laureate, Prof. Smith has worried about technology's power to "bombard our lines of sight and our thought space" and choke the individual with "glib, facile, simplistic and prefabricated language." She sees poetry as a defense, a vehicle for reclaiming a "humanizing, reanimating version of language."