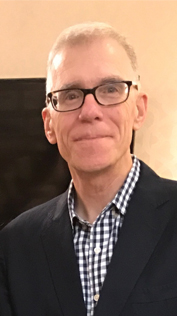 Jeffrey G. Smith, Jr.'s multi-faceted career includes Army leadership, teaching, scholarship, academic administration, and a love of the liberal arts. He recently completed four years as Dean of the Faculty and Deputy Superintendent for Academics at Virginia Military Institute in Lexington. He holds a Master of Science degree in National Security from the National War College and a doctoral degree in English Literature from Princeton University. He now teaches cyberspace studies at VMI, and offers a course, "History of Information Technology (Past, Present, and Future)," examining the origins, evolution, and ethical implications of today's technological environment.

He is the author of "A Unified Field Theory for Full Spectrum Operations: Cyberpower and the Cognitive Domain," (National Defense University 2009). He concluded his military career as Deputy Commanding General of the Army's Cyber Command. There he served as the Army's lead for the Land/Cyber white paper, the Army's concept for cyber-related transformation.