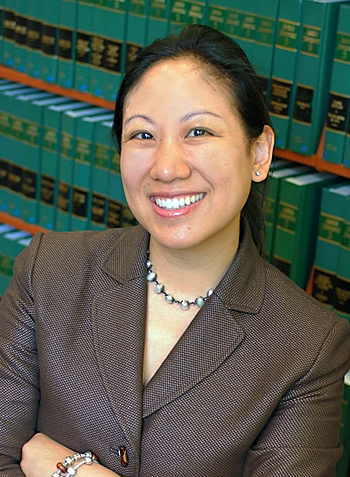 Margaret Hu is Associate Professor of Law at Washington and Lee University School of Law and one of the country's foremost scholars of surveillance and civil rights.  Her research has focused on the intersection of immigration policy, national security, cyber surveillance and civil rights.  She served as senior policy advisor for the White House Initiative on Asian Americans and Pacific Islanders, and served as special policy counsel in the Office of Special Counsel for Immigration-Related Unfair Employment Practices, Civil Rights Division, U.S. Deparment of Justice, in Washington, D.C.  A graduate of the University of Kansas and Duke Law School, she joined the Justice Department throught the Attorney General's Honors Program under Attorney General Janet Reno.  Her book, The Big Data Constitution: Constitutional Reform in the Cybersurveillance State, is forthcoming from Cambridge University Press. 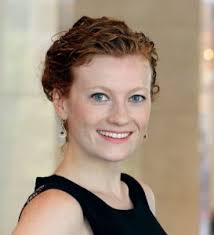 Clare Garvie is a Senior Associate in the Center on Privacy and Technology at the Georgetown University Law Center.  She was lead author on three of the Center's reports on face recognition, including The Perpetual Line-Up: Unregulated Police Face Recognition in America (2016); Garbage In, Garbage Out: Face Recognition on Flawed Data (2019); and America Under Watch: Face Surveillance in the United States (2019).  She has testified before the House Oversight Committee about police use of face recognition, and her commentary has appeared in The New York Times, The Washington Post, and The Wall Street Journal.  She serves as an expert to both Democrats and Republicans in Congress and state legislatures.  She is a graduate of Barnard College and Georgetown Law. 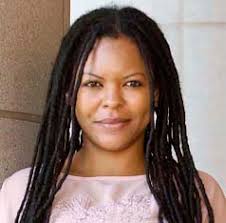 Simone Browne is Associate Professor in the Department of African and African Diaspora Studies at the University of Texas at Austin.  Her first book, Dark Matters: On the Surveillance of Blackness, was awarded the 2016 Lora Romero First Book Publication Prize by the American Studies Association, the 2016 Surveillance Studies Book Prize by the Surveillance Studies Network, and the 2015 Donald McGannon Award for Social and Ethical Relevance in Communications Technology Research.  In addition, she is a recipient of the Student Council Endowed Teaching Award at UT.  She is also a member of Deep Lab, a feminist collaborative composed of artists, engineers, hackers, writers, and theorists.  Professor Browne recently spent a year as a Visiting Presidential Fellow at Yale University, where she taught and conducted new research on electronic waste and the ecology of surveillance technologies.

Davi Ottenheimer is Vice President of Trust and Digital Ethics at Inrupt, a company developing new ideas about open source platforms and decentralizing the web.  He has over 25 years of experience in global security operations and assessments including digital forensics and incident response.  He works on the forefront of adapting and applying security models to preserve human rights and freedoms.  He is co-author of Securing the Virtual Environment:  How to Defend the Enterprise Against Attack (2012) and his next book, The Realities of Securing Big Data, is due in spring of this year.  He has served as head of security and trust across multiple industries including data storage and management vendors, the world's largest investment fund manager at that time, international retailer/wholesaler, and higher education.  Mr. Ottehnheimer received a Master of Science degree in International History from the London School of Economics.

Merrit Baer, a graduate of Harvard Law School and Harvard University, is the Principal Security Architect for Global Accounts at Amazon Web Services.  She provides technical cloud security guidance to complex regulated organizations like the Fortune 200, and she advises the leadership of AWS' largest customers on security as bottom line proposition.  Ms. Baer was Lead Cyber Advisor to the Federal Communications Commission, and served at the U.S. Department of Homeland Security, the Office of U.S. Senator Michael Bennet, and the U.S. Court of Appeals for the Armed Services.  In the private sector, she started a business advisory/legal practice, working with emerging tech companies.  She is a member of the Council on Foreign Relations. 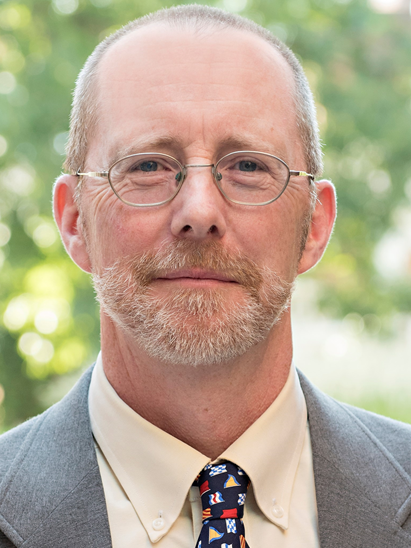 Mark Rush is the director of the Center for International Education and Waxberg Professor of Politics at Washington and Lee University.  He was formerly Head of the Politics Department at W&L.  His scholarly interests include U.S. politics, constitutional law in the U.S. and Canada, global affairs, and elections and democracy around the world.  His writings have appeared in The Hill, The Washington Post, USA Today, The Christian Science Monitor, The Richmond Times, The Roanoke Times, and National Public Radio.  From 2010 to 2013, he served as Dean of the College of Arts and Science at the American University of Sharjah in the United Arab Emirates.  His books include Judging Democracy: Canadian and American Approaches to Law and Politics (with C. Manfredi) (2008), and Fair and Effective Representation?: Debating Electoral Reform and Minority Rights (with R. Engstrom) (2001).  He obtained his undergraduate degree from Harvard University and his Ph.D. degree from Johns Hopkins University. 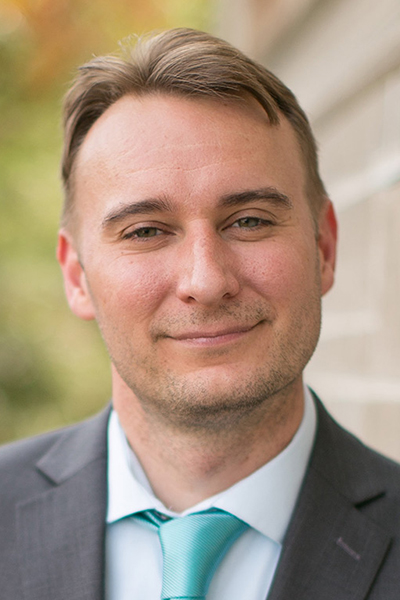 Scott Shackelford is Associate Professor of Business Law and Ethics at the University of Indiana at Bloomington.  He is the Cybersecurity Program Chair and Director of the Ostrom Workshop Program on Cybersecurity and Internet Governance.  In addition, he is an Affiliated Scholar at both the Harvard Kennedy School's Belfer Center for Science and International Affairs and Stanford's Center for Internet and Society.  He is the author of Managing Cyber Attacks in International Law, Business, and Relations: In Search of Cyber Peace, published by Cambridge University Press in 2014.  Professor Shackelford is the author of numerous articles, book chapters, and commentaries in such outlets as Huffington Post, Slate, and the San Francisco Chronicle.  He obtained his undergraduate degree from Indiana University, his Juris Doctor degree from Stanford University, and his Ph. D. in Politics and International Studies from University of Cambridge.