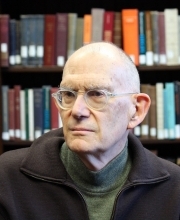 Professor Scanlon is one of the most influential moral philosophers working in the world today. He received his B.A. from Princeton and his Ph.D. from Harvard. In between, he studied for a year at Oxford as a Fulbright Fellow. He taught for many years at Princeton before taking up a position at Harvard in 1984, where he taught until his retirement in 2016. His dissertation and some of his first papers were in mathematical logic, where his main concern was in proof theory, but he soon made his name in ethics and political philosophy, where he developed an influential version of contractualism in the line of John Rawls, Immanuel Kant, and Jean-Jacques Rousseau. Professor Scanlon has also published important work on freedom of speech, equality, tolerance, the foundations of contract law, human rights, conceptions of welfare, theories of justice, the nature of moral responsibility, as well as on foundational questions in moral theory.

Professor Scanlon has received numerous awards and honors for his work, including fellowships from the National Endowment for the Humanities and the Guggenheim Foundation, as well as a MacArthur Foundation "Genius Grant" in 1993. In 2016, he received the Lauener Foundation prize for "Outstanding Ouevre in Analytic Philosophy." He is a Fellow of the American Academy of Arts and Sciences and a Corresponding Fellow of the British Academy, and has delivered several prestigious named lecture series, including the 1986 Tanner Lectures on Human Values and the 2010 John Locke Lectures.

His books include What We Owe to Each Other (Harvard, 1998), The Difficulty of Tolerance (Cambridge, 2003), Moral Dimensions: Permissibility, Meaning, Blame (Harvard, 2008), and Being Realistic About Reasons (Oxford, 2014). His most recent book, Why Does Inequality Matter? will be published in 2018.