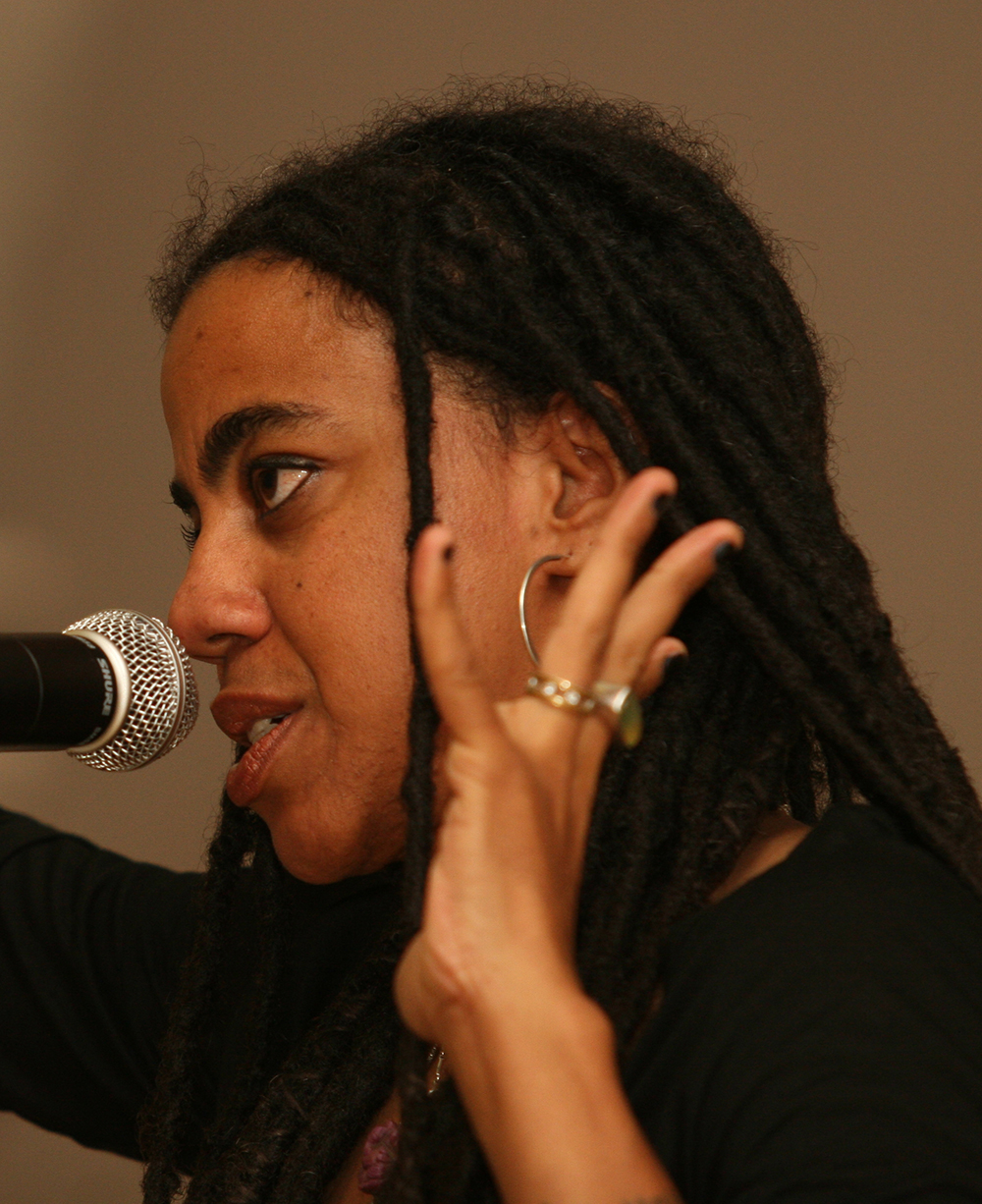 Named one of TIME magazine's "100 Innovators for the Next New Wave," Suzan-Lori Parks is one of the most exciting and acclaimed playwrights in American drama today. She is the first African-American woman to receive the Pulitzer Prize in Drama for the Broadway hit Topdog/Underdog and is a MacArthur "Genius" Award recipient. She has also been awarded grants by the National Endowment for the Arts, the Rockefeller Foundation, the Ford Foundation, the New York State Council on the Arts and the New York Foundation for the Arts. She is the recipient of a Lila-Wallace Reader's Digest Award, a CalArts/Alpert Award in the Arts (Drama) for 1996, a Guggenheim Foundation Grant and is an alumnae of New Dramatists. In 2000 and again in 2017 Parks was awarded the PEN/Laura Pels Award for Theater. Her work is the subject of the PBS film "The Topdog Diaries." Suzan-Lori Parks' talks are part performance, part storytelling - always high energy, with an inspired sense of humor.

Suzan-Lori Parks' project 365Days/365Plays was produced in over 700 theaters worldwide, creating one of the largest grassroots collaborations in theater history. Her plays include Topdog/Underdog, The Book Of Grace, In the Blood (2000 Pulitzer Prize finalist), Venus (1996 OBIE Award), The Wars, Part 1: The Union of My Confederate Parts, The Death of the Last Black Man in the Whole Entire World, Fucking A, Imperceptible Mutabilities in the Third Kingdom (1990 OBIE Award for Best New American Play), and The America Play. Parks has a leading acting role in The Making of Plus One, which premiered at the Cannes Film Festival. She's written screenplays for Brad Pitt, Denzel Washington, including Girl 6 written for Spike Lee, and adapted Zora Neale Hurston's classic novel Their Eyes Were Watching God which premiered on ABC's Oprah Winfrey Presents. Parks' well-reviewed first novel Getting Mother's Body (Random House, 2003) is set in the west Texas of her youth and follows the scrappy Beede family as they embark on a riotous road trip in hopes of recovering a fortune of jewels - rumored to be buried with a long-dead relative. Her adaptation of the classic opera Porgy and Bess, which premiered on Broadway at the Richard Rodgers Theatre, won a Tony Award for best musical revival in 2012. Her newest play, Father Comes Home From The Wars (Parts 1, 2, & 3) - an epic set during the Civil War, is a New York Times Critics' Pick and was awarded the 2014 Horton Foote Prize as well as the Kennedy Prize for Drama. In 2015 Suzan-Lori Parks received the Dorothy and Lillian Gish Prize, awarded annually to artists who have had an extraordinary impact. Parks currently teaches at NYU, and serves at the Public Theatre as their Master Writer Chair. She is at work on her second novel, and, is writing an adaptation of the film "The Harder They Come" for a live stage musical. Suzan-Lori Parks will be the Signature Theatre's Residency One playwright for the 2016-17 season. Currently, Parks is adapting Richard Wright's Native Son for film.

Having also taught at California Institute of the Arts and Yale School of Drama and holding honorary doctorates from Brown University, among others, Parks credits her writing teacher and mentor, James Baldwin, for starting her on the path of playwriting. One of the first to recognize Parks' writing skills, Mr. Baldwin declared Parks "an astonishing and beautiful creature who may become one of the most valuable artists of our time."