Maggie Little Professor of Philosophy and Director of the Kennedy Institute of Ethics, Georgetown University 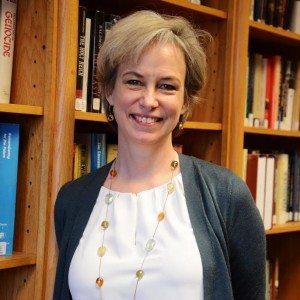 Dr. Little is Director of the Kennedy Institute of Ethics, and Professor of Philosophy at Georgetown. Her research interests include issues in reproduction, clinical research ethics, and the structure of moral theory.

A Rhodes Scholar and fellow of the Hastings Center, she has twice served as Visiting Scholar in residence at the National Institutes of Health Department of Bioethics, and was appointed to the Ethics Committee of the American College of Obstetrics and Gynecology. She is a founding member of The Ob-Gyn Risk Research Group, which brings together experts from medical epidemiology, obstetrics and gynecology, philosophy, bioethics, gender theory, and the medical humanities, for research encompassing a wide variety of issues in reproductive health and clinical research ethics. Together with Ruth Faden and Anne Lyerly, she co-founded The Second Wave Initiative, which works to promote responsible research into the health needs of pregnant women.

As director, Dr. Little has overseen a time of transformative development at the KIE, including the launch of the world's first Introduction to Bioethics MOOC in April 2014; the inauguration of Conversations in Bioethics, an annual campus-wide event focused on a critical issue in bioethics; the deployment of a series of experimental undergraduate courses utilizing project-based learning and design studio methods; and the founding of EthicsLab, a social innovation lab at Georgetown whose team-based approach unites people on the front lines of complex moral issues with expert bioethicists and strategic designers make tangible progress on real-world bioethics problems.