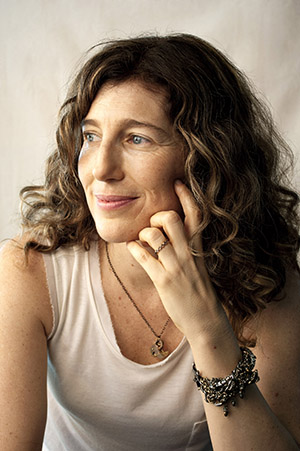 Susan Briante's most recent book The Market Wonders (Ahsahta Press) was a finalist for the National Poetry Series. The Kenyon Review calls it "masterful at every turn." She is also the author of the poetry collections Pioneers in the Study of Motion and Utopia Minus (an Academy of American Poets Notable Book of 2011) both from Ahsahta Press. About Utopia Minus, Publisher's Weekly declared: "this book finds an urgent language for the world in which we live."

Briante also writes essays on documentary poetics as well as on the relationship between place and cultural memory. Some of these can be found in Creative Non-Fiction, Rethinking History, Jacket2 and The Believer. Her poems and essays have been collected in the anthologies The Force of What's Possible, The Volta Book of Poets, Devouring the Green, The Arcadia Project: the North American Postmodern Pastoral, Starting Today: Poems for Obama's First 100 Days, The Sonnets: Rewriting Shakespeare, and An Introduction to the Prose Poem.

A translator, she lived in Mexico City from 1992-1997 working for the magazines Artes de México and Mandorla. Her translations have appeared in the journals Bomb, Bombay Gin, Translation Review and Review: Latin American Literature and Arts (among many others) as well as in the anthologies Reversible Monuments: Contemporary Mexican Poetry and Hotel Lautreamont: Contemporary Poetry of Uruguay.

Briante has received grants and awards from the Atlantic Monthly, the MacDowell Colony, the Academy of American Poets, the Dorothy Sargent Rosenberg Memorial Fund and the US-Mexico Fund for Culture. New work has been published in Gulf Coast, Black Warrior Review, Guernica and The Progressive.