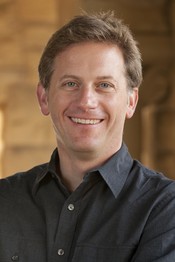 Robert Reich is Professor of Political Science and, by courtesy, in Philosophy and at the Graduate School of Education at Stanford University. He is the faculty director of the Stanford Center for Ethics and Society and co-director of the Center on Philanthropy and Civil Society. His research focuses on contemporary political theory, and his most recent work, a book manuscript entitled Just Giving, examines the relationship between philanthropy, democracy, and justice. He is the author of Bridging Liberalism and Multiculturalism in American Education (2002), co-author of Democracy at Risk: How Political Choices Undermine Citizen Participation (2005) and co-editor of Toward a Humanist Justice: The Political Philosophy of Susan Moller Okin (2009), Occupy the Future (2013) and Education, Justice, and Democracy (2013). He is the recipient of several teaching awards, including the Phi Beta Kappa Undergraduate Teaching Award and the Walter J. Gores Award, Stanford University. He is currently a University Fellow in Undergraduate Education at Stanford. For more information, see https://politicalscience.stanford.edu/people/rob-reich.