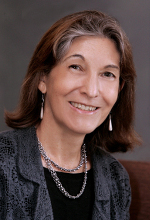 Susan James received her Ph.D. from the University of Cambridge and is Professor of Philosophy at Birkbeck College London. Her research focuses on some of the intersections between early modern philosophy, feminist philosophy and political philosophy. It aims both to contribute to the history of philosophy and to bring historical insights to bear on contemporary preoccupations.

Susan James has worked on a range of topics, loosely united by a concern with the social and emotional dimensions of thinking and knowing. Her first book, The Content of Social Explanation (Cambridge University Press, 1984), was about holist explanation in history, particularly within the French Marxist tradition, and addressed the problem of understanding the relation between individual and social actions. More recently, she has concentrated on the role of the passions in shaping our interpretations of the world and our political practices, arguing that, among seventeenth-century theorists, the modern emphasis on cognition and consequent sidelining of affect was not firmly established. Because writers of this period regarded the affective workings of imagination as central to our knowledge and understanding, early-modern philosophy is a fertile ground for studying the interdependence of affect and cognition and their mutually supporting roles in our social and political lives. Furthermore, since this topic has once again become central to current debate (largely due to the contributions made by feminist philosophers), historical and analytical explorations of it can readily interact. This theme runs through Passion and Action: The Emotions in Early Modern Philosophy (Oxford University Press, 1997); Margaret Cavendish: Political Writings (Cambridge University Press, 2003); Spinoza on Philosophy, Religion and Politics: The Theologico-Political Treatise (Oxford University Press, 2012); and in a forthcoming collection of essays, Spinoza on Learning to Live Together.