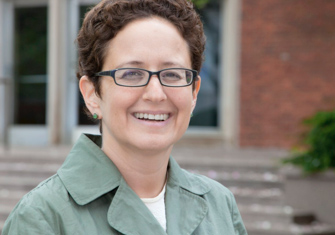 Melissa Lane is the Class of 1943 Professor of Politics, and Associate Chair of the Department of Politics, at Princeton University. She is also an associated faculty member in the Department of Classics and the Department of Philosophy. Prior to coming to Princeton in 2009, she was a Senior Research Fellow of King's College, Cambridge, and Associate Director of their Centre for History and Economics. Having served as co-convenor of the research community on Communicating Uncertainty: Science, Institutions, and Ethics in the Politics of Global Climate Change, sponsored by the Princeton Institute for International and Regional Studies (PIIRS), in its final year, she is now co-convenor of the successor initiative, Princeton Climate Futures, based at the Princeton Environmental Institute.

Lane was named a 2012 Fellow of the John Simon Guggenheim Memorial Foundation for a project on ‘The Rule of Knowledge: Platonic Psychology and Politics', and in 2012-13 was on leave from Princeton University as a Fellow of the Center for Advanced Study in the Behavioral Sciences at Stanford University. In June of 2015, she was awarded one of two Phi Beta Kappa Teaching Prizes by the graduating class of Phi Beta Kappa students at Princeton University.

Recent publications include: The Birth of Politics: Eight Greek and Roman Political Ideas and Why They Matter (2015); Eco-Republic: What the Ancients Can Teach Us about Ethics, Virtue, and Sustainable Living (Princeton, 2012); and Plato's Progeny: How Plato and Socrates Still Captivate the Modern Mind (2001).