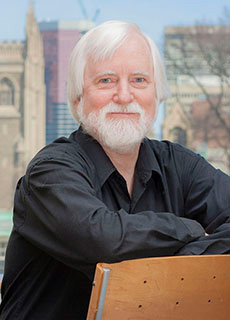 Joseph H. Carens is Professor of Political Science at the University of Toronto. Prior to his arrival at the University of Toronto in 1985, Carens taught at Princeton University, Lake Forest College, and North Carolina State University. He has also been Visiting Professor at the Institute for Advanced Studies in Vienna (1995), Forum Professor at the European Forum on Citizenship, European University Institute in Florence (1996), Hoover Fellow at the Chaire Hoover d'ethique économique et sociale, Université Catholique de Louvain in Louvain-la-Neuve, Belgium (1993) and Visiting Research Fellow at the Center for Ethics, Rationality, and Society, University of Chicago (1991).

Carens is the author of The Ethics of Immigration (Oxford, 2013), his widely anticipated book synthesizing a lifetime of work on normative issues of transnational migration, citizenship, and democracy. His book Culture, Citizenship, and Community: A Contextual Exploration of Justice as Evenhandedness (Oxford, 2000) won the 2002 C. B. Macpherson Award from the Canadian Political Science Association for the best book published in political theory in the previous two years. Carens has also won the Bora Laskin National Fellowship in Human Rights Research (2001), a Connaught Fellowship from the University of Toronto, fellowships from the Institute for Advanced Studies in Princeton and from the Rockefeller Foundation and two individual SSHRC research grants.

Carens' research focuses on questions about justice, equality, and freedom in democratic communities. He is particularly interested in the normative issues raised by the movement of people across state borders and by ethnic and cultural diversity in all its forms.