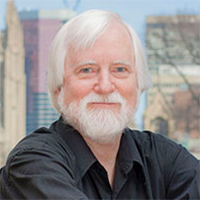 Joseph H. Carens is Professor of Political Science at the University of Toronto. Prior to his arrival at the University of Toronto in 1985, Carens taught at Princeton University, Lake Forest College, and North Carolina State University. Carens is the author of The Ethics of Immigration (Oxford, 2013), his widely anticipated book synthesizing a lifetime of work on normative issues of transnational migration, citizenship, and democracy. His book Culture, Citizenship, and Community: A Contextual Exploration of Justice as Evenhandedness (Oxford, 2000) won the 2002 C. B. Macpherson Award from the Canadian Political Science Association for the best book published in political theory in the previous two years. Carens has also won the Bora Laskin National Fellowship in Human Rights Research (2001), a Connaught Fellowship from the University of Toronto, fellowships from the Institute for Advanced Studies in Princeton and from the Rockefeller Foundation and two individual SSHRC research grants. Carens' research focuses on questions about justice, equality, and freedom in democratic communities. He is particularly interested in the normative issues raised by the movement of people across state borders and by ethnic and cultural diversity in all its forms.

Linda Bosniak is the Distinguished Professor of Law at the Rutgers School of Law-Camden. Professor Bosniak teaches courses in constitutional law and theory, immigration law, citizenship law, and antidiscrimination law. She is a leading expert on issues of immigration, citizenship, nationalism and transnationalism, and constitutional equality, and has published extensively in these areas. Her book, The Citizen and the Alien: Dilemmas of Contemporary Membership (Princeton University Press, 2006) has been widely read and reviewed.

Cybelle Fox is an Associate Professor of Sociology at the University of California-Berkeley. Her main research interests include race and ethnic relations, the American welfare state, immigration, historical sociology, and political sociology.
Her most recent book, Three Worlds of Relief (Princeton University Press, 2012), compares the incorporation of blacks, Mexicans, and European immigrants in the American welfare system from the Progressive Era to the New Deal. Fox won six book awards for Three Worlds of Relief, including the 2012 C. Wright Mills Award from the Society for the Study of Social Problems. Her next book project focuses on the rise of citizenship and legal status restrictions in American social welfare policy from the New Deal to the present. 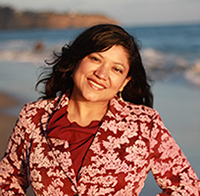 Reyna Grande "The Distance Between Us: Immigration and the American Dream"

Reyna Grande is an award-winning novelist and memoirist. She has received an American Book Award, the El Premio Aztlán Literary Award, and the Latino Book Award. In 2012, she was a finalist for the prestigious National Book Critics Circle Awards. Her works have been published internationally in countries such as Norway and South Korea. Her novels, Across a Hundred Mountains, (Atria, 2006) and Dancing with Butterflies (Washington Square Press, 2009) were published to critical acclaim and have been read widely in schools across the country. Her latest book, The Distance Between Us, was published in August 2012, by Atria Books, an imprint of Simon & Schuster. In this memoir, Reyna writes about her life before and after illegally immigrating from Mexico to the United States. A National Book Circle Critics Award finalist, The Distance Between Us is an inspirational coming-of-age story about the pursuit of a better life. The Los Angeles Times hailed it as ‘"the Angela's Ashes of the modern Mexican immigrant experience." 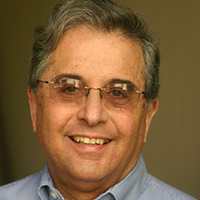 Félix Gutiérrez is a Professor of Journalism and Communication in the Annenberg School for Communication & Journalism and a Professor of American Studies & Ethnicity in the Dana and David Dornsife College of Letters, Arts and Sciences at the University of Southern California. He is the 2011 recipient of the Lionel C. Barrow Jr. Award for Distinguished Achievement in Diversity Research and Education by the Association for Education in Journalism and Mass Communication. His scholarship and publications since 1972 have focused on racial diversity and media. He is author or co-author of five books and more than 50 scholarly articles or book chapters, most on racial or technological diversity in media. His most recent co-authored book, Racism, Sexism, and the Media: The Rise of Class Communication in Multicultural America, was awarded the Society of Professional Journalists Sigma Delta Chi Award for Excellence in Research About Journalism in 2004. 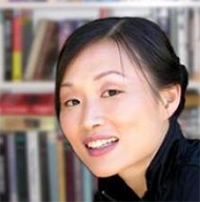 Sarah Song "Immigration and the Limits of Democracy"

Sarah Song is a Professor of Law and Associate Professor of Political Science at the University of California-Berkeley. She is a political theorist with a special interest in democratic theory and issues of citizenship, migration, culture, religion, gender, and race. She teaches courses in contemporary political and legal philosophy, the history of American political thought, and citizenship and immigration law. Her first book, Justice, Gender, and the Politics of Multiculturalism (Cambridge University Press, 2007), analyzes theories of group rights for religious and cultural minorities and their intersection with women's rights through a range of case studies in American law and politics. The book was awarded the 2008 Ralph Bunche Award by the American Political Science Association. More recently she has written articles on the question of boundaries in democratic theory, the rights of noncitizens in liberal democratic societies, and the normative foundations of the modern state's right to control immigration. She is currently working on a book entitled Immigration and the Limits of Democracy. 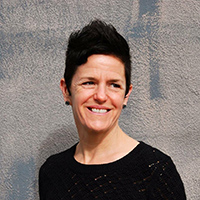 Shelley Wilcox is a Professor of Philosophy at San Francisco State University. Her current research lies at the intersections of social and political philosophy, applied ethics, and feminist philosophy, with a special interest in immigration, global justice, and urban environmental ethics. Recent publications include "Immigration and Borders," (Bloomsbury Companion to Political Philosophy, 2015), "Feminist Perspectives on Globalization" (The Stanford Encyclopedia of Philosophy, 2014), and "Do Duties to Outsiders Entail Open Borders: A Response to Wellman" (Philosophical Studies, 2014). She is currently writing a series of articles on immigration justice and a book manuscript on urban environmental ethics.