The Lenfest Center for the Arts

"Using the centuries-old raga tradition, Bhattacharya takes the listener to a place of
deep emotional expression beyond the boundaries of time." ~ACOUSTIC GUITAR MAGAZINE "

"A tranquil and then exhilarating musical meditation." ~THE GUARDIAN

PERFORMANCE WILL BE STREAMED.
https://livestream.com/wlu

Indian guitarist Debashish Bhattacharya brings universal appeal to his pioneering fusion of classical Indian ragas and bluesy Western music. His uncanny sense of musical understanding and brilliance has established him as a recording artist whose perfect musicality matches all categories of music-Indian, classical, jazz, blues, folk or Nue music.

Embracing Hawaiian slide guitar from his childhood in the 1960s, Bhattacharya invented a unique style of Hindustani slide guitar. He has received global recognition of the patented guitars Chaturangui, Gandharvi and Anandi, which not only excel in sound variety and quality, but have also become popular instruments and created a niche in the guitar world.

No tickets are required. 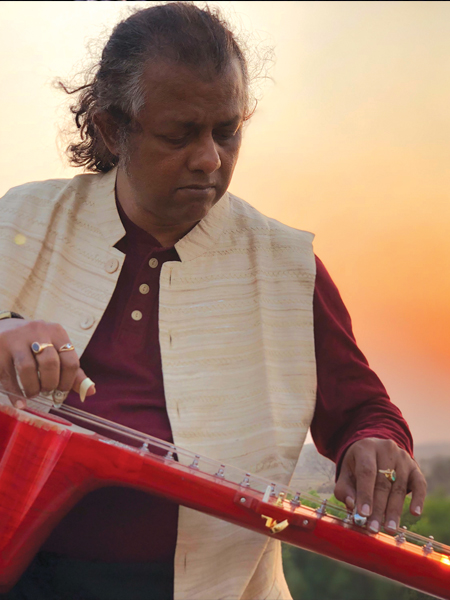 No tickets are required. Performance will be streamed.

For more information on theater, dance, music and art at Washington and Lee, please visit: