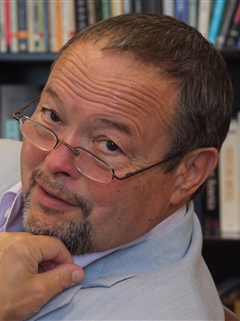 Documentary Film (history of the genre)

The Vietnam War and the Journalists Who Covered It

"Rockbridge Guitars: A study in Culture and Craft". A film in production for Virginia Public Television
"New Orleans: A Place Nobody Knows" It is a film funded through Operation Golden Rule. It deals with volunteers from the area who traveled to New Orleans to aid in the clean-up from Hurricane Katrina.

"Pyrokenesis" A film funded by the Virginia Council for the Arts. Deals with the art of Lee Sauder, an Iron Sculptor (2000)

"The Honor System" A Video Taped presentation examining the system at Washington and Lee University. (1989 and 1995)

"A Nutrition Primer" A five-part video series produced for the Valley Back Clinic and the Woodrow Wilson Rehabilitation Center. (1987-8)

"This is Rockbridge County" a multi-media presentation. Produced for the Lexington-Rockbridge Horse Center Steering Committee.