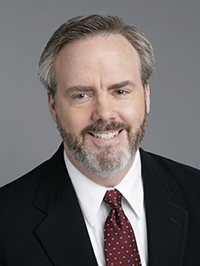 Kevin Finch covered some of the biggest stories of our lifetime, managed TV newsrooms and wrote and produced network documentaries before turning to teaching full-time. He was in Washington, DC on 9/11 and covered the first anniversary of the attacks in New York. Kevin also covered the Senate vote following President Clinton's impeachment, a presidential inauguration, several political conventions and the bombing of Centennial Olympic Park during the Atlanta Olympics.

He was news director for two large market TV stations, supervising staffs of up to 80 full-time journalists. He wrote and/or produced documentaries for Discovery, TLC and other networks and local stations. Kevin also served as founding president of the Indiana Debate Commission, the first such organization to organize and produce televised debates for statewide offices. He has taught journalism and broadcasting as an adjunct instructor at the University of Indianapolis and Indiana University-Purdue University Indianapolis.