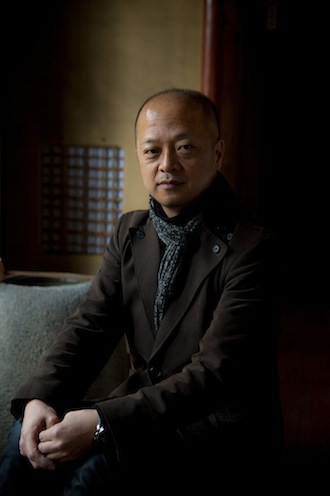 Mr. Toshio OHI, now having succeeded to the family name of Ohi Chozaemon, 11th-generation descendant of the illustrious Ohi family of potters in the city of Kanazawa, made a campus visit to W&L in October 2015. His public lecture, "The Cultural Importance of the Tea Bowl, A Venerated Tradition in Japan," was well attended. Following the lecture, the Chanoyu Tea Society of W&L served sweets and tea in the Senshin'an Tea Room (洗心庵), a tea room named by Sen Genshitsu Daisosho (Watson Pavilion). In addition, students had a private lecture from Mr. Ohi as he discussed Japanese aesthetics and the way in which to appreciate a tea bowl.

The Ohi family lineage dates from the 17th century when the fourth generation grand master of the Urasenke tradition of tea, Senso Soshitsu, went to Kanazawa at the invitation of Lord Maeda, the ruling warrior family of Kanazawa or Kaga province, and brought with him the potter Chozaemon, who established the Ohi family kiln. Chozaemon had been the chief apprentice with the renowned Raku family in Kyoto and naturally brought many of the Raku techniques with him. Mr. Toshio Ohi has had extensive experience abroad. He studied at Boston University where he completed a MFA after graduating from Tamagawa University in Tokyo. He is a visiting associate professor at the Rochester Institute of Technology and an honorary guest professor at Kanazawa University. He has received numerous awards, held exhibitions throughout the world from Tokyo and Beijing to New York, Belgium and France. Known for being a popular lecturer, guest artist and creative designer and, judging from his Facebook and blog, he spends a considerable amount of time traveling and promoting art.
http://www.ohimuseum.com

The city of Kanazawa recently welcomed the opening of a new Bullet Train line that makes the trip from Tokyo to Kanazawa a short 2.5 hours. Mr. Ohi is a well-known artist and spokesman for the city of Kanazawa. At W&L we are most fortunate to have established a strong relationship with the city of Kanazawa due to the efforts of retired colleague, Professor Ken'ichi Ujie, who started taking students to Kanazawa for spring term over a decade ago. This coming April Professor Janet Ikeda will be taking over the Spring Term Abroad to Japan and looks forward to introducing students to the Ohi Museum in Kanazawa.

In October 2015 Mr. Ohi was an invited artist in the program, "In the Studios with the Artists from Japanese Kōgei/Future Forward," at the Museum of Arts and Design in New York City.

See a video recording of his lecture at W&L.