What is Quantum Computing?

Superposition - A quantum particle can exist simultaneously in multiple states. The classic example used to illustrate this is Schrödinger's cat, where a fictional cat exists in the state of both dead and alive when put inside a box. You won't know for sure until you look inside the box. Another great visual illustration for superposition is to look at coin. If it's placed flat on a table, it's easy to tell if it's heads or tails. But what if you spin it? Now it exists as both tails and heads... until some action is taken to observe/measure it.

Entanglement - Entangled particles remain connected so that actions that perform on one particle identically affects the other, even when separated by great distances. Even Einstein had a hard time understanding this one, and called it "spooky action at a distance." Imagine if you and a friend both had a book on your desk in front of you. If they were entangled particles, when you rotated your book 90-degrees... your friend's book would rotate simultaneously! Spooky!

Measurement - Any attempt to measure or observe a quantum system will disturb it. Think back to our spinning coin superposition example. If you used your finger to stop (measure) the spinning coin, you'd now see whether the coin was heads or tails, but it would no longer be in a superimposed state.

In classical computing, you store data on bits... which can have a value of either 1 or 0. They're basically switches which can either be on or off. Qubits on the other hand can have a value of 1, 0, 1 and 0 and basically just about anything in-between! The state of a qubit is a 2-dimensional vector, typically written in Ket notation. The basis states of a qubit are |0> and |1>. The formula ψ=a|0>+b |1⟩, where a and b are complex numbers subject to the constraint |a|²+|b|²=1 represents the state of a qubit.

To visualize this, look at the Bloch Sphere shown below. The state of a qubit can exist at any point on the surface of the sphere. The |0> basis state is illustrated at the top of the sphere, while the |1> basis state is at the bottom. Because a qubit can have so many different values as it's state, it is able to hold far more data than a classical computing bit. In fact, N qubits can hold 2^N binary numbers! That's one of the reasons why quantum computing has the potential to become more powerful than classical computers! 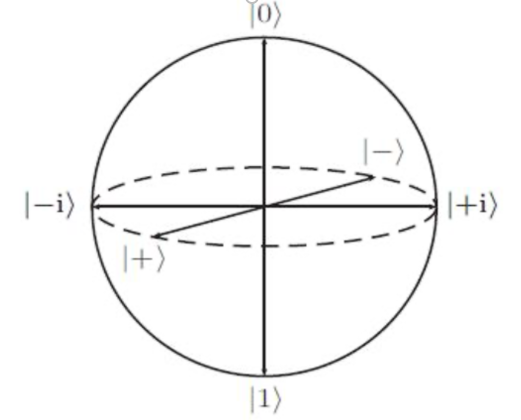 Scientists have developed many different ways to interact with particles in a quantum state and harness those interactions as part of a quantum computing system. Some of the more common different types of physical systems, along with links to companies involved in developing those systems, include:

Many sectors are exploring or already using Quantum computing for specific purposes. Some of these include:

Create a Help Ticket via Email