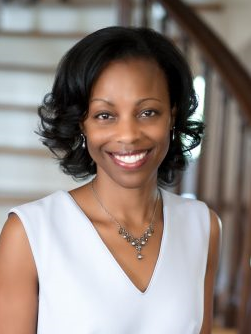 Lena Hill began serving as Provost in July 2021 after serving as Dean of the College at W&L since 2018. She received her bachelor’s from Howard University and her Ph.D. from Yale University, and she completed postdoctoral work at Duke University.

Lena’s scholarship and teaching focus on African American literature and visual culture, and she is known internationally as a scholar of Ralph Ellison. In addition to publishing numerous articles and essays, she has published three books. She authored Visualizing Blackness and the Creation of the African American Literary Tradition (Cambridge, 2014), co-edited Invisible Hawkeyes: African Americans at the University of Iowa during the Long Civil Rights Era (University of Iowa Press, 2016) and co-authored Ralph Ellison’s Invisible Man: A Reference Guide (Greenwood, 2008). She serves on several boards including the National Humanities Alliance Board and the Modernist Studies Editorial Board.

At W&L, Lena has prioritized the support and growth of interdisciplinary programs, the recruitment and retention of diverse faculty, and faculty mentoring and development. She is a passionate advocate for the liberal arts curriculum, and as the chief academic officer, she is focused on delivering an academic experience to students that prepares them to flourish after graduating from W&L.