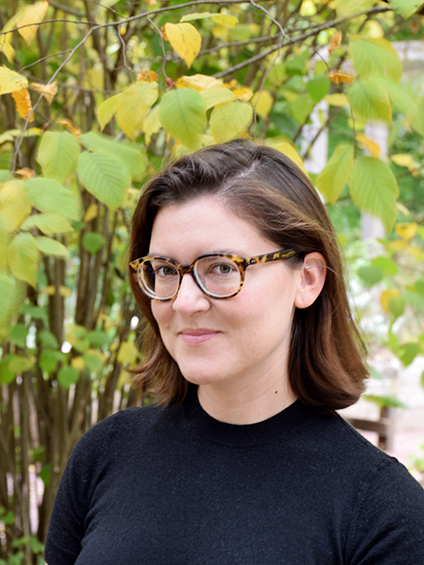 ENGL 394 - Topics in Literature in English since 1900: Between the Acts: The Life and Writing of Virginia Woolf
ENGL 335 - 18th-Century Novels: Jane Austen: Radical Jane: The Politics of Class, Gender, and Race in Austen's "Polite" Fiction
ENGL 292 - Topics in British Literature: Literature of the British Slave Trade, 1688-2016
ENGL 292 - Topics in British Literature: A Monstrous Creation: Frankenstein and its Intertexts
ENGL 292 - All About Eve
ENGL 232 - The Novel: Frantic and Sickly, Idle and Extravagant: The Gothic Novel from 1764 to 1979
WRIT 100 - Writing Seminar for First-Years: Fiends, Monsters, and Tyrants: Gothic Literature from Frankenstein to Coraline

“‘He looked quite red’: Persuasion and Austen’s New Man of Feeling,” forthcoming in Eighteenth-Century Fiction

“‘These Gentlemens Ill Treatment of our Mother Tongue’: Female Grammarians and the Promotion of the Vernacular,” forthcoming in Tulsa Studies in Women’s Literature