Public Screening of Award-Winning documentary: "And Then They Came for Us" 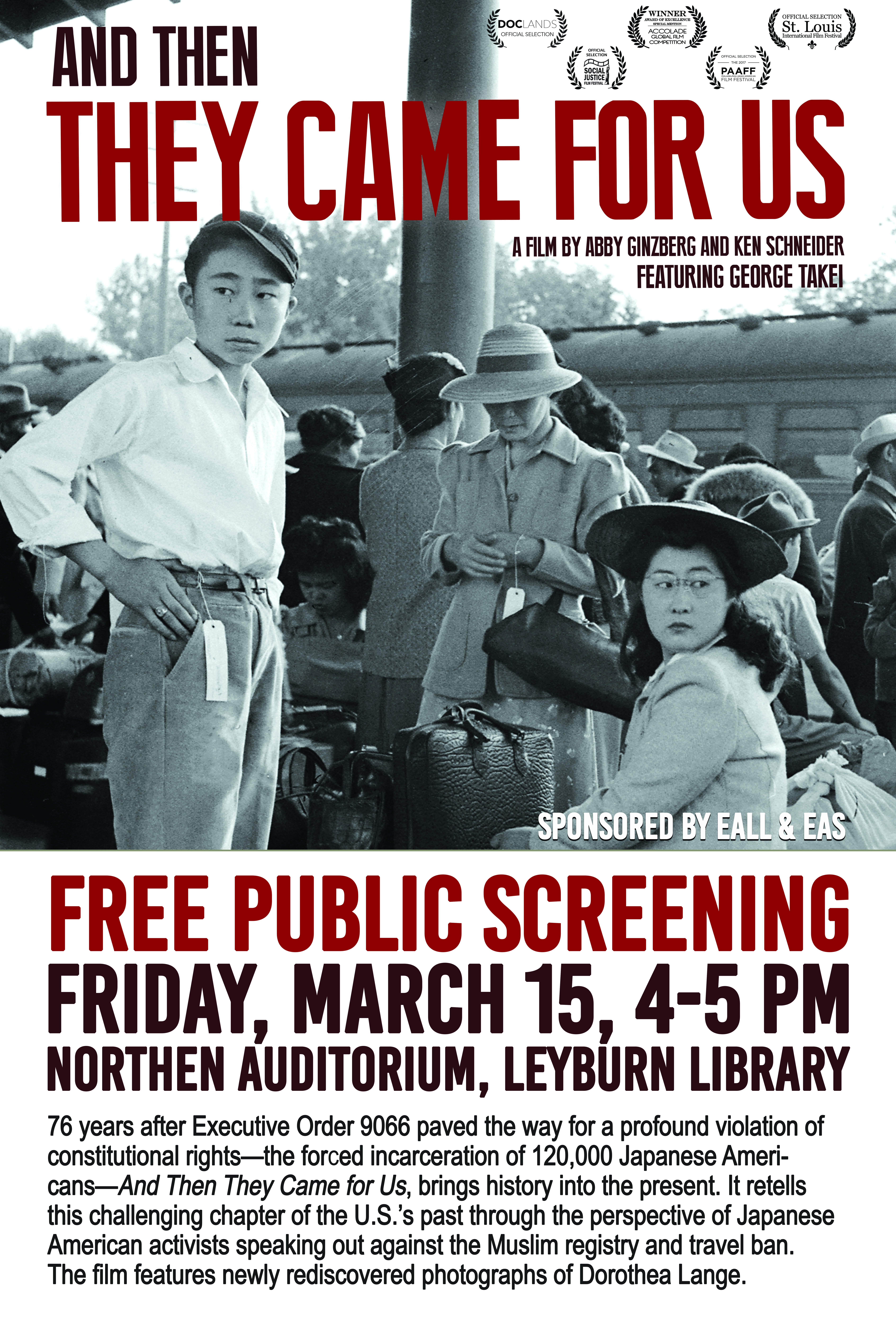 Please join us for a public screening of the recent award-winning documentary “And Then They Came For Us” on Friday, March 15th, 4-5 pm in Northen Auditorium.  The screening is sponsored by the Department of East Asian Languages and Literatures and the East Asian Studies Program.  In February 2019 a group of 25 from W&L travelled to Japan on the KAKEHASHI Inouye Scholars Program in collaboration with TOMODACHI Initiative. A group of 25 from Kanazawa University will travel this month to Washington, D.C. and Lexington as part of this same program.  To honor the late Senator Daniel K. Inouye, after which the study tour was named, we will have a film screening for the public and this visiting group of students, who will be on campus from March 15-16. From the website: “Seventy-five years ago, Executive Order 9066 paved the way to the profound violation of constitutional rights that resulted in the forced incarceration of 120,000 Japanese Americans.  Featuring George Takei and many others who were incarcerated, as well as newly rediscovered photographs of Dorothea Lange, And Then They Came for Us brings history into the present, retelling this difficult story and following Japanese American activists as they speak out against the Muslim registry and travel ban.  Knowing our history is the first step to ensuring we do not repeat it.  And Then They Came for Us is a cautionary and inspiring tale for these dark times.”