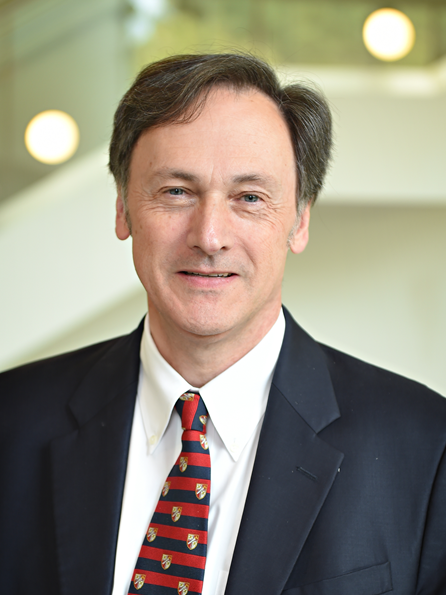 Timothy Gaylard, Professor of Music, joined the faculty at Washington and Lee University in 1984. He was Head of the Department from 2000 until 2008 and Interim Chair 2012-13. He is both a musicologist and a pianist.

As a musicologist, Professor Gaylard's recent research includes work on English piano music, the history and development of the Prague Spring Festival, the piano music of Liszt, and the last three piano sonatas of Beethoven. He presented papers for the American Musicological Society on "Charon Dialogues" and "The Meeting of Mozart and Beethoven in 1787." Publications include several liner notes for recordings, including those by Luciano Pavarotti, Kiri Te Kanawa, and other singers on the Gala and Bella Voce labels. Since 2011, he has been a regular reviewer of the Roanoke Symphony for The Roanoke Times.

As a pianist, Timothy Gaylard has won several prizes and awards in music festivals and competitions in Ottawa, Toronto, and Quebec, and has performed on radio and television in both the United States and Canada. He has played as soloist with the Ottawa Civic Symphony, and with the orchestras of Carleton, Columbia, and Washington and Lee universities. On campus, he has given many solo recitals in the Lenfest Center for the Performing Arts, Wilson Hall, and University Chapel.

He has collaborated in performances with cellist Julia Goudimova; violinists Mark Taylor and Jaime McArdle; oboist Lillian Townsend Copeland; tenor Scott Williamson; sopranos Amy Cofield, Amy Cochrane and Christine Schadeberg; and baritones Greg Parker, Jason Widney, and Keith Spencer. He is a regular member of the Marlbrook Chamber Ensemble, with whom he has given many recitals. Professor Gaylard and his colleague, Shuko Watanabe Petty, pianist, have worked together on several four-hand and two-piano recitals. In 2014, they released a CD album on the Navona label of Clementi works, performed on an 1814 Clementi fortepiano given to the University by alumnus Larry Smith '58 and his wife Ganelle.

Professor Gaylard is a lecturer for the Glebe Scholars program, the Kendal College program, the Rockbridge Community Chorus, and the Washington and Lee Alumni College program. For the latter, he has taught 73 courses on campus and traveled abroad with ten educational trips.

A native of Ottawa, Canada, he studied piano with Irene Woodburn Wright and later with Ross Pratt at Carleton University where he received his B.A. in Mathematics (1975) and honors B.Mus. degree (1976). Professor Gaylard also has two A.R.C.T. degrees from the University of Toronto in piano performance (1972) and pedagogy (1974), and a diploma from the Mozarteum in Salzburg (1974) where he studied with Winfried Wolf. He received his Ph.D. in musicology from Columbia University in New York with a dissertation on "Musical Dialogues in Seventeenth-Century England" (1987, 2 volumes, 613 pp.).

He lives in Lexington with his wife, Catharine, former voice instructor at Washington and Lee. They have three children, two sons-in-law and two grand-daughters--Elizabeth, Valerie, Angela, Stuart, Matt, Alice Louise, and Shirley.