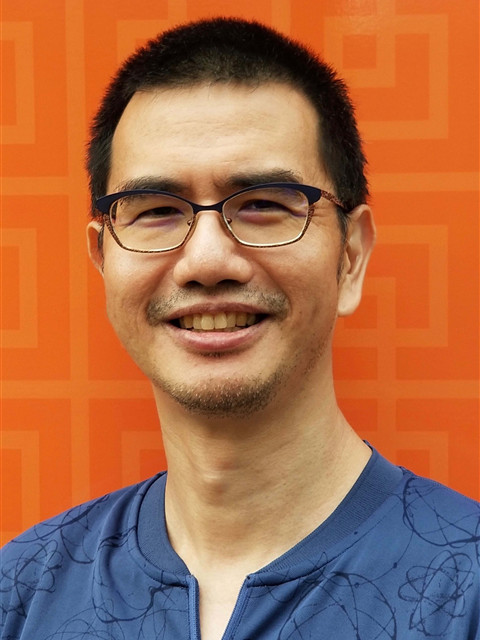 Wan-Chuan Kao works on the late Middle Ages and its resonances in the contemporary world across Western and non-Western milieus. His research and teaching are grounded in his commitment to rigorous theorization and historicization: the unflinching pursuit of aesthetic responses, critical intuitions, close investigations, and transformative perspectives.

His first book, White Before Whiteness in the Late Middle Ages (forthcoming from Manchester University Press), examines premodern figurations of whiteness both bodily and non-somatic. His research has been supported by fellowships from the Folger Institute, the North American Conference on British Studies, and the Lenfest Grants.

Wan-Chuan serves on the advisory board of the journal Exemplaria: Medieval, Early Modern, Theory; the Executive Committee for the MLA Chaucer Forum; and the Executive Council of the International Piers Plowman Society. He has also served on various committees of the Medieval Academy of America, the New Chaucer Society, and the Medievalists of Color. In the classroom and the profession at large, Wan-Chuan strives for equity of access to sustainable support, inclusion of historically underrepresented voices, and diversity beyond institutional norms.

My monograph argues firstly that while whiteness participates crucially in the history of racialization in late medieval West, it does not denote or connote skin tone alone; secondly, that the “before” of whiteness is less a retro-futuristic temporization than a discursive figuration of how white becomes whiteness; and thirdly, that premodern whiteness is fragile, precarious, and inviable.

“Memorialization in White: Chaucerian Topology and the Defaute of Subjectivity.” postmedieval: a journal of medieval cultural studies 4.3 (2013): 352–363.

Holly A. Crocker. Chaucer’s Visions of Manhood. The Medieval Review. 7 May 2011. Web.