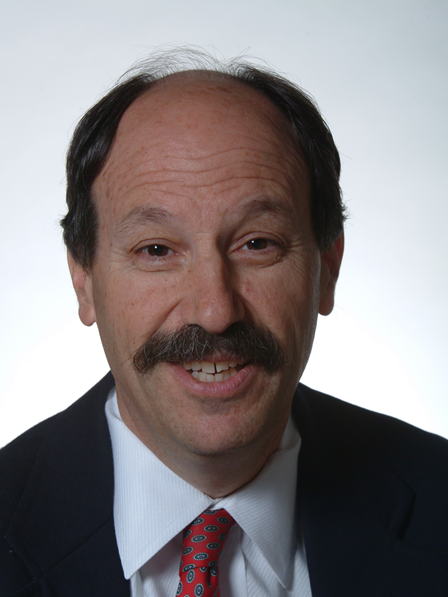 Professor Goldsmith joined the Williams School faculty in 1990 after teaching previously at the University of North Carolina at Chapel Hill and the University of Connecticut in Storrs. In addition to regularly teaching course on - the Economics of Social Issues, The 4th Industrial Revolution and the Future of Work and Society, the Principles of Economics, and the Economics of Race - he has also taught courses on Behavior Economics, the Bell Curve, and Economic Themes in Literature and Film. Many of the courses he leads incorporate service learning and virtually all of them are interdisciplinary oriented since they draw on insights from other disciplines to foster a deeper understanding of the topics explored. A global perspective is emphasized in his teaching.

Art and his wife, Jan Kaufman, have a daughter, Allyson, and a son, Ben. Allyson is a graduate of Brandeis University and holds Masters in Public Administration and International Relations from the Maxwell School of Citizenship and Public Affairs at Syracuse University. She is the Founder and Executive Director of ELEVEate (www.ELEVEate.org), a 501(c)3 organization that affords girls in Senegal with educational opportunities by providing them with their birth certificates to take the National Secondary School Entrance Exam and other forms of educational support. She is Senior Manager-Digital Advertising at USA for the UN High Commissioner for Refugees in Washington D.C. Ben is a graduate of the Frost School of Music at the University of Miami in Florida, where he majored in Media Writing and Production and minored in Songwriting through the Bruce Hornsby Creative American Music Program, and in Music Business. He resides in Nashville, Tennessee, where he works as a songwriter with a joint publishing deal with BMG Chrysalis and Big Deal Music. His songs aim to tell a compelling story that touches people emotionally and makes them reflect. They fit the genres of country, Americana, and pop. He has penned songs released to radio by several artists, including; Tim McGraw, Russel Dickerson, and Jake Owen. His song Homemade was Jake Owen’s 8th song to reach #1 on the Billboard Country Chart and Ben’s first chart-topper. (https://www.youtube.com/watch?v=r8XcnL33Ugs).

Jan holds an MPH from the University of North Carolina at Chapel Hill and is the Director of Health Promotion at Washington and Lee. Within the community, Art and Jan have served on numerous boards. Jan has served as President of the Board of Woods Creek Montessori and Fine Arts in Rockbridge. She is an avid jewelry maker who turns all the proceeds to charity.

Professor Goldsmith's research focuses on why there are differences in life outcomes in the areas of education, health, and economic status and the consequences of these differences for economic and social well-being. He draws on insights from economics, sociology and psychology to examine the sources of these gaps across groups and between persons in a given group.