John A. Jensen III '01 Dean of Career and Professional Development 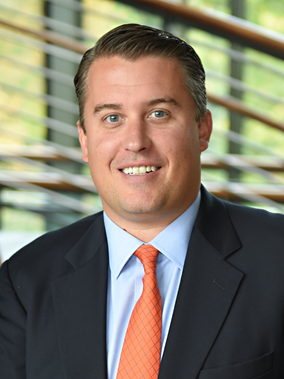 John was appointed Dean of Career and Professional Development at Washington and Lee University in January 2014. In this role, he leads his team of Career Advisors and staff in coordinating a variety of student-centered initiatives encompassing professional development, internships, alumni outreach, and international opportunities.

John graduated from W&L with a history major in 2001. After graduation, he worked at Bank of America Merrill Lynch for 10 years, first in London and most recently in New York, as a sales-trader covering European and Canadian institutions. He recruited interns for Bank of America from many of the country's top colleges and also recruited W&L students to the firm. John returned to his alma mater in December of 2011 to serve as Assistant Dean in the Williams School of Commerce, Economics, and Politics before moving to his current role.

John has been an active alumnus on behalf of the university. He served as vice president of the New York City alumni chapter, chaired the New York City Fancy Dress committee, and volunteered for the Alumni Admissions Program in London and New York. He was a class agent for five years and co-chaired his 10th reunion committee. Presently, he is active in the Rockbridge alumni chapter, is President of the board of Lexington Lacrosse, and is a ruling Elder at Lexington Presbyterian Church. John and his wife, Lauren Stearns Jensen, a 2002 W&L graduate, have two children.