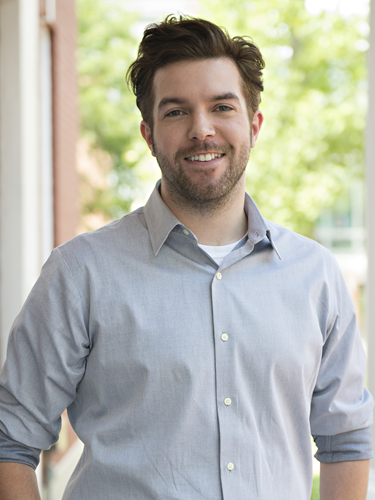 Stephen Lind joined the Business Administration Department in 2013 to lead in the Williams School’s innovative oral communication initiative. Professor Lind teaches courses in modern professional communication such as presentation design, business writing, and digital video creation while also working with the CommCenter. He has taught communication skills and concepts at the university level since 2005. Prior to teaching, Lind competed nationally on the policy debate circuit under the training of presidential debate coach Brett O’Donnell.

A 2016 National Association of Television Program Executives Faculty Fellow, Professor Lind's primary research area is the intersection of religion and the entertainment industry. His book on the religious life and work of Peanuts cartoonist Charles M. Schulz ("A Charlie Brown Religion: Exploring the Spiritual Life and Work of Charles M. Schulz"), has been praised by the Schulz family and featured in a number of international and national media outlets, such as BBC Radio 4, and his analysis of the franchise has been published in the Wall Street Journal.

Professor Lind's research can also be found in academic journals including The Journal of Religion and Popular Culture, ImageTexT, Text and Performance Quarterly, and Communication Teacher in which he introduces the term "digital oratory." He also writes media analysis content at ReligiMedia.com.

Professor Lind earned his PhD with distinction from Clemson University’s transdisciplinary doctoral program in Rhetorics, Communication, and Information Design. As an active member of the National Communication Association and Popular Culture Association, Professor Lind regularly presents at national conferences and has served as a corporate consultant.

M.A., University of Illinois at Urbana-Champaign (2006)