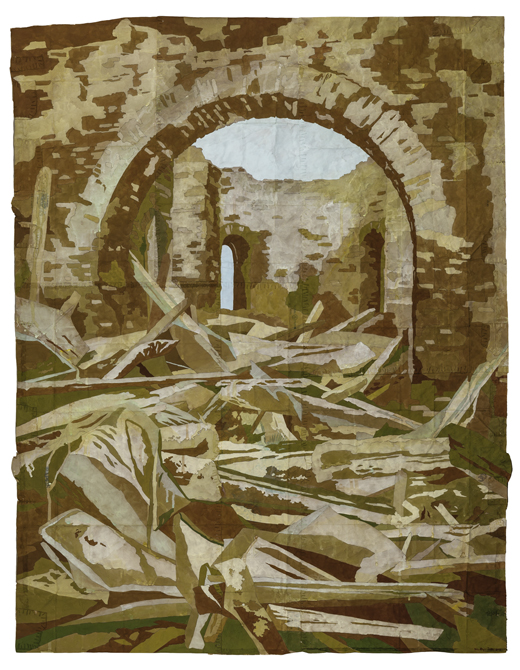 Decay and deterioration are subsumed by sublime beauty in Maysey Craddock's large-scale paintings of crumbling architectural structures being reclaimed by their surrounding landscapes. The works are painted on brown paper bags that are laid flat and stitched together to form a delicate surface that reiterates the timeless cycle of beauty engendered by ruin. In this exhibition, Craddock focuses on one structure; the ruins of a 19th century Estonian church nestled in the pastoral countryside along the coast of the Baltic Sea. She describes the building as being "beyond destruction [having] already gained new form." Craddock, who lives and works in Memphis, TN, has been exhibiting nationally and internationally for almost 15 years with recent solo exhibitions at the Brooks Museum of Art (Memphis) and the Baum Gallery at the University of Central Arkansas. She is represented by David Lusk Gallery (Memphis), Sears Peyton Gallery (New York and Los Angeles) and Cris Worley Fine Arts (Dallas).