The Institute for Honor Symposium: The European Refugee Crisis: The Search for a Moral Response Nov. 4-5, 2016

"The lifeless body of a 3-year-old Syrian boy, still wearing his socks and sneakers, washed up on a Turkish beach one year ago Friday."

These words begin a September 2, 2016 USA Today article on Europe's staggering refuge crisis. Young Alan Kurdi's image spread around the world, powerfully communicating the human suffering and lost lives along the treacherous routes leading to northern Europe from central Asia, the Middle East and northern Africa. In one month alone (April 2015), as many as 1,200 migrants and asylum seekers perished in the Mediterranean Sea. But now it also appears that Europe's political stability has cracked beneath the weight of the nearly 2 million newcomers, the largest wave of human migration since World War II. Populist political forces are gaining ground in dramatic fashion, upsetting a decades-old political consensus. As the United Kingdom's "Brexit" referendum shockingly demonstrates, it may be that the European Union itself — with its freedom of movement and open internal borders and common external frontier — will be the most significant political fatality of the crisis.

The crisis has diverse causes. Long-failing political regimes and economies have left young and dynamic populations — in a crescent arching southwestward from Afghanistan through Iraq into Tunisia — feeling increasingly despairing for a secure and fruitful future. Ill-advised and sometimes illegal military adventurism has put a match to this dry tinder, igniting deadly and destabilizing conflicts, epitomized by Syria's bloody five-year-old civil war. In addition, complex undercurrents contribute to the desperate conditions that have fueled the flow of humanity towards Europe, including sectarian rivalry, historical nationalist-secessionist claims, the legacy of colonialism, and Europe's neglectful or failed development policy in these regions.

The 2016 Institute for Honor Symposium seeks to stimulate thought on how best to seek a humane, responsible and realistic response to this ongoing human tragedy. Is there a viable moral solution when the demands of compassion — in part stirred by poignant news images such as Alan Kurdi's - clash with deep concerns about national identity, security (intensified by recurring terror attacks), economic impact and limited resources? The situation demands ethical reflection from all of us on questions such as human solidarity, democratic accountability for security and social well-being, economic models that reinforce and depend upon severe economic inequality, and the rippling consequences of foreign and security policy decisions. 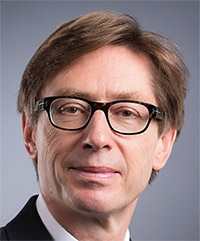 Ambassador Peter Wittig has served as German ambassador to the United States since April 2014.

Prior to this, he was German ambassador to the United Nations in New York and represented Germany during its tenure as a member of the U.N. Security Council in 2011 and 2012. There, he drew on his wide expertise in United Nations matters, having previously served as director-general for United Nations and global issues at the German Foreign Office in Berlin.

Wittig joined the German Foreign Service in 1982. He has served at the embassy in Madrid; as private secretary to the foreign minister at the headquarters, then located in Bonn; and as ambassador in Lebanon and in Cyprus. He was the German government special envoy on the "Cyprus question" (the division of Cyprus). He has acquired extensive knowledge of the Middle East.

Before starting his career in the German Foreign Service, Wittig studied history, political science and law at Bonn, Freiburg, Canterbury and Oxford universities and taught as an assistant professor at the University of Freiburg.

His wife, Huberta von Voss-Wittig, has worked as both a journalist and a writer. The couple has four children: Valeska, Maximilian, Augustin and Felice. 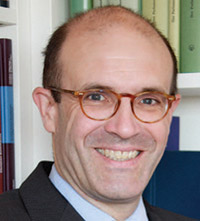 Frank Schorkopf. Born in 1970; studied at University of Hamburg and London School of Economics; 1997-1998, European Parliament, Brussels; 1998-2001, research assistant, University of Hamburg; 2001-2002, research fellow, Max-Planck-Institute for Comparative Public Law and International Law, Heidelberg; 2002-2005, law clerk at the Federal Constitutional Court, Karlsruhe; 2005-2009, senior research assistant, University of Bonn, 2007 Habilitation; since 2009, chair for public law and European law at the Georg-August-University Goettingen, Institute of International and European Law (http://www.uni-goettingen.de/de/108557.html); 2016, elected as full member of the Goettingen Academy of Science and Humanities. His research interests are German and European public law and the legal history of European integration; he has just completed a book on German foreign relation law. 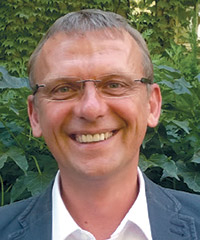 Pavol Zilincik is the head of the Human Rights Protection Department at the Public Defender of Rights (Ombudsman) office in Bratislava, Slovakia.

After earning his law degree in 1991, Pavol was the main force behind the founding of Via Iuris - Center for Public Advocacy, the first public interest law NGO in Slovakia. He led the organization from a small grass-roots NGO located in a small village in central Slovakia to a respected and internationally recognized non-governmental institution. Its programs focused on the challenges of the transition from a totalitarian regime to democracy in the area of rule of law. Pavol's team helped in many landmark court cases, as well as systemic changes and new legislation. In cooperation with Fair Play Alliance, Pavol co-founded the White Crow Award, an initiative to recognize and support anti-corruption activists who face harsh consequences as a result of their activities to protect fairness and public interest.

In 2009, Pavol joined the team of the United States Embassy in Bratislava as legal and political advisor. Apart from his advisory roles, he also led crucial programs focused on judicial integrity and legal ethics, mainly in cooperation with Professor Jim Moliterno from Washington and Lee University School of Law. Their cooperation advanced the much-needed concepts of values and ethics in legal professions and helped to launch legal ethics courses at Slovak law schools.

In 2014, Pavol helped to launch the Stop Corruption Foundation, the first private fund in Slovakia focused on the protection and support of anti-corruption whistleblowers. Pavol's interest in broadening his knowledge and influence outside the Slovak context led him to Princeton University, where he completed his master's in public policy degree in 2015, exploring transitional challenges in the rule of law from a wider international perspective. After his return from Princeton, Pavol worked as rule of law consultant on judiciary- and governance-related projects in Ukraine and Sierra Leone.

He leads the Human Rights Protection Department at the Slovak ombusman's office. Pavol's team deals with thousands of complaints of human rights violations and strives not only to enhance the level of protection of rights, but also to influence the public discourse on modern human rights challenges. 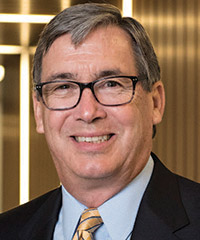 Sam Calhoun is Class of 1960 Professor of Ethics and Law. He has taught at Washington and Lee University School of Law since 1978, focusing on contracts, legal writing, the Uniform Commercial Code, and the abortion controversy. A highly regarded teacher, he has twice been awarded fellowships recognizing excellence in the classroom. He received his B.A. from Harvard University and his J.D. from the University of Georgia. His two principal research interests are the abortion controversy and the interaction between law and religion. He has published numerous articles on such topics as partial-birth abortion; stopping those like Philadelphia abortion provider Kermit Gosnell; Justice Lewis Powell's baffling vote with the majority in Roe v. Wade; whether we can know what's good without God; Abraham Lincoln's religion; and whether the President can appropriately invoke God in public policy disputes. In 2013, he spearheaded the W&L Law Review Symposium commemorating the 40th anniversary of Roe v. Wade. From 2013-16, he served as the School of Law's associate dean for academic affairs. 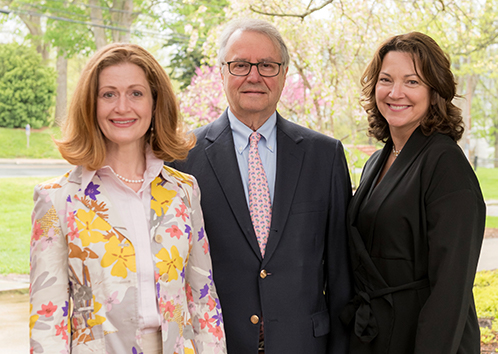