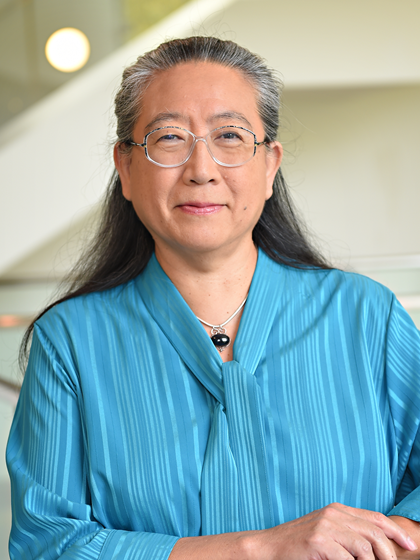 Shuko Watanabe Petty received her early musical training in Japan under Noriko Kanayama and Shuku Iwasaki. Matriculating to the United States for further study, Watanabe entered the Peabody Conservatory of Music of the Johns Hopkins University as a scholarship student under Lillian Freundlich, completing her Bachelor and Master of Music degrees in piano performance. She later earned the Doctor of Musical Arts degree from the University of Maryland at College Park, where she studied with professors Stewart Gordon and Roy Hamlin Johnson. Her dissertation, Tradition and Synthesis: Influences on the Solo Piano Works of 34 Japanese Composers Surveyed (704 pp), dealt extensively with the ethnomusicological aspects of traditional Japanese music as well as with contemporary Western-style compositions by Japanese composers. Her article, Japanese Music: An East-West Synthesis, has been published in American Music Teacher, the official magazine of the Music Teachers National Association. In demand as a lecturer on musical topics, especially those related to Japanese contemporary music, Dr. Watanabe has been invited on three occasions to deliver lectures at the symposium, “Music of Japan Today: Tradition and Innovation” at Hamilton College in New York. Watanabe was a presenter on Japanese composers at the 29th National Conference of the Society of Composers Inc. at the University of Memphis, Tennessee; additional lecture/demonstrations were given at the 1993 & 1996 annual meetings of the College Music Society, Mid-Atlantic Chapter. Expanding her interests to Historical Keyboard performance, she appeared at the 2018 Annual meeting of Historical Keyboard Society of North America in Greenville, SC and was invited to perform at the Sigal Music Museum, Greenville, SC in 2019.

Dr. Watanabe is frequently engaged as a soloist, chamber-music performer, and lecturer. She has appeared in Japan and throughout the Northeast, Mid-Atlantic, Mid-West, and Southern United States, over 70 colleges, universities and other concert venues. Her performances have been regularly broadcast on Public Radio, WVTF and WMRA. She has been a featured soloist with the Elon University Orchestra, Eurydice Community Orchestra of Roanoke (renamed the Valley Chamber Orchestra) and University-Shenandoah Symphony Orchestra (currently the University Symphony Orchestra). Her repertoire includes Bach's Keyboard Concerto in D Major; Beethoven's Piano Concerto No. 1 & No. 3; the Mendelssohn Piano Concerto No.1; and Double Piano Concertos by Mozart & Poulenc. She also served as Director of Accompanying at Washington & Lee University from 1999-2012; collaborative pianist for the "Con Spitito" Concert Series from 1992-2003; and faculty for the Princeton Chamber Play Week Virginia from 2011-2016.

Dr. Watanabe Petty was on the faculty at Washington and Lee University as Instructor of Music and taught Applied Piano, Aural Skills, Class Piano, Music Theory, and Supervised Accompanying. Retired from her full-time position in 2021, she is currently serving as Lecturer in Music in a part-time capacity to teach Class Piano. She is a member of the American Matthay Piano Association, Historical Keyboard Society of North America and Pi Kappa Lambda National Music Honor Society.