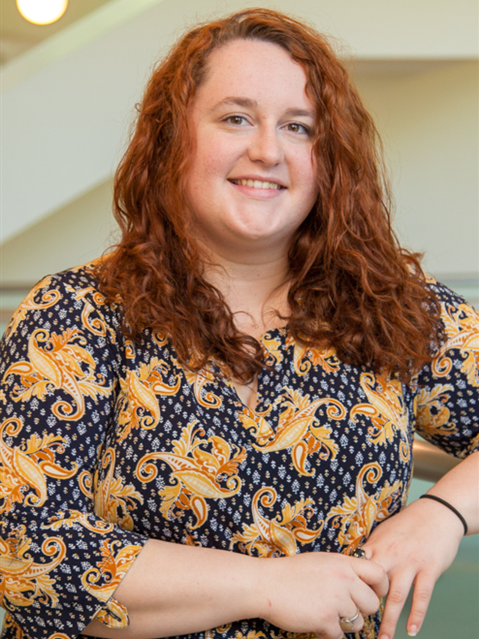 Hayley Coughlin is the Adjunct Professor of Voice at Washington and Lee University. Hailing from small town Vilonia, Arkansas, she received her Bachelor of Arts in Music from the University of Arkansas at Monticello, and her Master of Music in Vocal Performance from the University of Central Arkansas. Hayley is currently working on her Doctor of Musical Arts in Vocal Performance/Pedagogy/Literature at James Madison University in Harrisonburg, VA. She is also the current church choral director at Clover Hill United Methodist Church.

Back in Arkansas, Hayley was very involved with school and community music programs. She was a member of the Arkansas Choral Society, Pi Kappa Lambda National Honor Society for Music, and a primary member of the Educational Outreach Program with Opera in the Rock, a Little Rock based professional opera company. Hayley participated in many theatre productions with companies such as the Arkansas Repertory Theatre, Opera in the Rock, The Lantern Theatre, The Studio Theatre, The Weekend Theatre, South Arkansas Arts Center, The Maumelle Players, The Royal Theatre, and Community Theatre of Little Rock, in addition to opera theatre and musical theatre workshop with UAM and UCA. Hayley taught private voice through the UCA Community School of Music, as well as teaching 7th-12th grade choir at Jacksonville Lighthouse College Preparatory Academy.