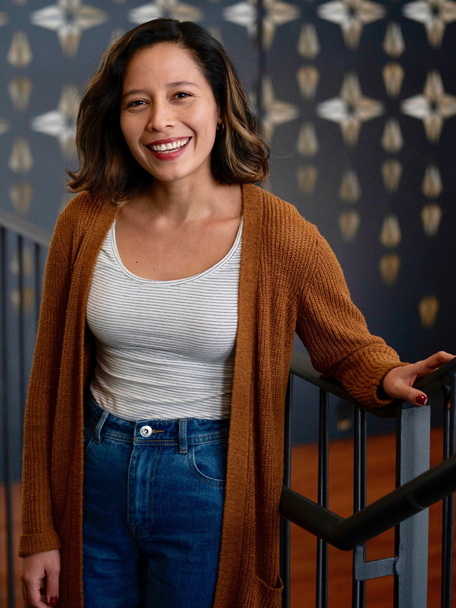 Zoila Ponce de León is an Assistant Professor in the Politics Department and a core faculty member of the Latin American and Caribbean Studies (LACS) Program. Her research focuses on social policy and comparative political economy, with particular emphasis on the politics of policymaking. She is broadly interested in explaining the variation in the expansion of social benefits across new democracies. Her book project, Political Parties and Policy Reform: Expansion of Healthcare in Latin America, approaches this issue by studying how and why the role of political parties as policymakers influences the quality of legislation and its implementation. Through the comparison of healthcare reform processes in Chile, Mexico, and Peru in the 2000s, she analyzes how programmatic versus non-programmatic parties affect the policymaking process.

Ponce de León studies other factors that influence the expansion of social benefits as well as political representation, including the impact of the COVID-19 pandemic, the expansion of the private healthcare sector, gender bias on legislator responsiveness, party-voter policy congruence and clientelism, and immigration attitudes. Her work has been published in the following peer-reviewed journals: Journal of Latin American Studies, Journal of Experimental Political Science, Oxford Research Encyclopedia of Politics, and Revista de Ciencia Política.

*Winner of the Journal of Latin American Studies Best Article Prize for 2021.

*Selected by the Harvard Kennedy School’s Women and Public Policy Program for inclusion in its Gender Action Portal.