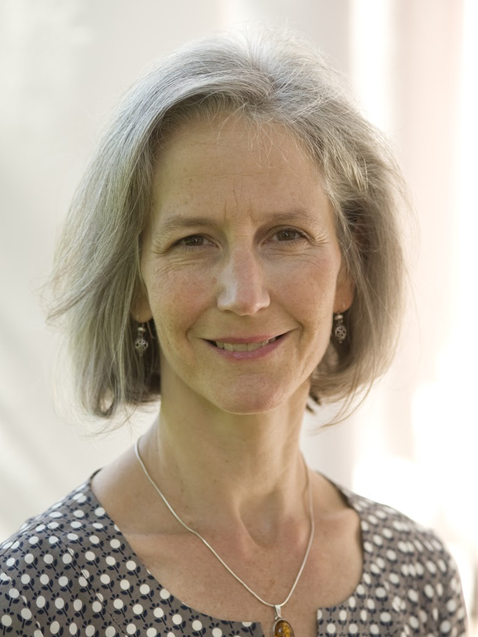 The Church in Community Health Programs, The Program Agency, United Presbyterian Church in the USA, 1981.

Paul and the Poetic Imagination. Book manuscript in progress.

1 and 2 Corinthians for The Cambridge Companion to the New Testament, invited manuscript in progress for publication by Cambridge University Press in 2020.

“Paul’s Apocalyptic Cross and Philosophy: Reading 1 Corinthians with Giorgio Agamben and Alain Badiou,” in Joshua B. Davis and Douglas Harink, Apocalyptic and the Future of Theology (Eugene Oregon, Cascade Books) 2012, 96-117.

“Narrative Theology in the Pauline Epistles? A Response to Papers by Richard Hays and Sylvia Keesmat” in Horizons in Biblical Theology, Vol 26. No.1, 2004.

“Paul and the Parousia” in John T. Carroll, ed., The Return of Jesus in Early Christianity (Peabody, Mass: Hendrickson, 2000).

Essays on “Regeneration,” “Latter Days,” and “Judgment” for the Eerdmans Dictionary of the Bible (2000).

Review of Kyle B. Wells, Grace and Agency in Paul and Second Temple Judaism: The Transformation of the Heart (Novum Testatmentum Supplements, 157: Brill, 2014) Journal of Theological Studies (Oxford University Press) 69.1 (2018) 299-301.

Review of J.P. Davies, Paul Among the Apocalypses? An Evaluation of the “Apocalyptic Paul in the Context of Jewish and Christian Apocalyptic Literature (London/New Dehli/Sydney: Bloomsbury T&T Clark, 2016)Catholic Biblical Quarterly 80.2 (2018) 330-331.

Review of N.T. Wright, Paul and the Faithfulness of God, (Minneapolis: Fortress Press, 2013) for The Christian Century, October 2014.

Review of Margaret Mitchell, Paul, the Corinthians and the Birth of Christian Hermeneutics (Cambridge University Press, 2010) for Interpretation: A Journal of Bible and Theology (2011)

Review of Douglas A. Campbell, The Deliverance of God: An Apocalyptic Rereading of Justification in Paul (Grand Rapids, Eerdmans, 2009) for Theology Today 68.1, April 2011.

Review of Anthony C. Thiselton, The First Epistle to the Corinthians: A Commentary on the Greek Text (Grand Rapids: Eerdmans, 2000) in Interpretation 56, no.1, 2002.

The Speaks Lecture Series at Hood Seminary, Salisbury N.C.: 1) “The Word of the Cross and Speech-Activism;” 2) “Gathering Time: Sounding Kairos in the Congregation.” October 7-8, 2016.

“The Making and Remaking of the Bible,” “Assembling the Text: How the Letters of Paul Were Collected, Translated and Included in the Bible,” and “The Bible and the Enlightenment.” Three lectures for the Washington and Lee Alumni College, The History of the Bible, June, 2012.

Three Lectures for the 2004 Washington and Lee Alumni College: The Historical Jesus: Early Christianity and the New Testament: 1) “The Theologian and the Historical Jesus;” 2) “The Earliest Witness to Jesus: Paul;” 3) “Paul and the Accounts of Jesus’ Death and Resurrection”

Formal Response to paper by David Konstan (Classics, NYU) on “Forgiveness in the New Testament and Classical Literature” for the Bible and the Emotions session at the annual meeting of the Society of Biblical Literature, Boston MA, November, 2017.

Formal Response to paper by Mark Burrows on Rilke and Theology entitled “Poetic Transgressions and Theological Writing: Rilke’s Sonnets to Orpheus as an Experiment in Bricolage” for the Society of Biblical Theologians, annual meeting, February 2015.

“Breton’s Radical Paul: Philosophical Rupture and the Apocalypse of the Cross,” a paper for the American Academy of Religion Annual Meeting, Nov. 2014. “Explorations in Theology and Apocalyptic” session.

“Paul’s Apocalyptic Cross meets Philosophy” a paper delivered to Duodecim, an invited colloquium of theologians and biblical scholars. May, 2012.

“Paul and Agency in the Time that Remains,” a paper for the Pauline Soteriology Group of the Society for Biblical Literature, November 2008.

“The Apostle Paul and the Corinthian Women,” Class of ’62 Lecture at Washington and Lee University, September 2006.

“Narrative Theology in the Pauline Epistles? A Response to Papers by Richard Hays and Sylvia Keesmat” delivered at the 2003 Annual Meeting of the Society of Biblical Literature

“New Testament Theology in Crisis: Can it Be Saved?” Class of ‘62 Lecture at Washington and Lee, December 2002.

“Character Formation or Character Transformation? The Challenge of Cruciform Exegesis for Character Ethics in Paul,” a talk for the Society of Biblical Literature Annual Meeting, 2001.