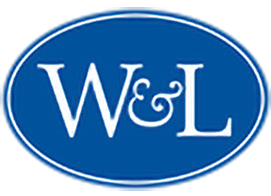 Jamila graduated Washington and Lee in 2009 with a Bachelor of Science degree in Mathematics and Concentration in Poverty Studies and Human Capability. When she entered W&L, she was determined to be a pediatrician, but soon realized that she was not passionate about medicine. Through the Shepherd Poverty Program, she learned more about Public Health during her summer internship at the Delta Area Health Education Center in Helena, AR. Public Health seemed to be the ideal field to combine her interests in health and research with her passion for people and patient outcomes.

In 2010, Jamila moved to Tampa, FL and completed her MPH in Epidemiology and Biostatistics at the University of South Florida in 2012. While at USF, she received the Student Graduate School Challenge Grant award of $5000 with 4 colleagues to conduct research about Father Involvement during Pregnancy. She presented the research at 3 national conferences, including the annual American Public Health Association (APHA) meeting October, 2012. Immediately following graduation, Jamila began working as a contract writer and researcher for the Arthritis Research Institute of America where she was an intern prior to graduation. In May, 2013, she started working at FMQAI/HSAG as a Data Analyst where she worked with programs directed by Centers for Medicare and Medicaid Services (CMS), particularly Florida's End-Stage Renal Disease Network. Additionally, she has continuously tutored students in various levels of Mathematics since she began tutoring Calculus in the Math department at W&L. This is another passion that also reinforces how much she values education.

Jamila has had a longstanding dream of being on the Board of Directors for the Green Bay Packers one day and moved to Green Bay, WI to be closer to the legendary NFL team. She is a Health Care SAS Programming Analyst with UnitedHealth Group.