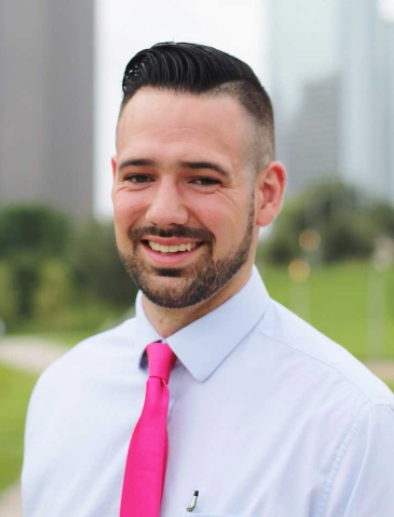 Taylor Gilfillan is the Houston Regional Lead for Data-Driven Instruction and Achievement for KIPP Texas Public Schools. His goal is to close student achievement gaps in KIPP Houston's 31 schools by helping school and regional leaders make strategic decisions using data, such as test results and teacher surveys. His role includes analyzing data at the classroom, school and regional level in order to lift bold headlines for leaders to act on, creating progress-monitoring systems to help schools stay accountable, and co-creating school improvement plans with key stakeholders. Taylor graduated from Washington and Lee in 2013 with a B.S. in Physics with Honors, and is currently earning his M.S. in Data Analytics from the University of Houston-Downtown.

Gilfillan joined the Teach For America Houston Corps in January of his senior year, following his desire to impact the lives of children facing educational inequity and social injustice. For 5 years, his role as a teacher included building positive culture in the classroom, designing smart and effective classroom systems, community engagement and event planning, creating culturally relevant lessons based on students' experiences and backgrounds, and integrating ACT readiness standards into his curriculum to support regional ACT growth goals. In 2015-16, Gilfillan had the highest percentage of students pass the AP Physics 1 AP Exam in his region, and consistently has pass rates of 90%+ on district assessments in Physics. Over his teaching career, Taylor has also taught Geometry and Biology and held leadership roles at the school and region level.

Leading into his current role, Taylor spent a year with Promise Community Schools as their Lead Data Analyst, a similar role to the one he is now.